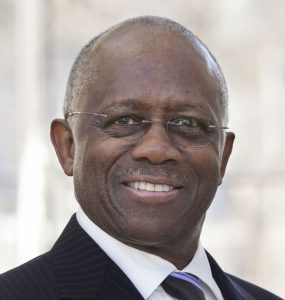 Meng resigned Aug. 5 after questions arose about why he did not recuse himself from decisions by CalPERS to invest in private equity funds while he was holding stock in the private equity companies.

The investments included between $10,000 and $100,000 in stock in the Blackstone Group, Ares Management, and the Carlyle Group that Meng disclosed in state filings. CalPERS made a more than $1 billion investment in April 2019 in a Blackstone fund, and Meng never recused himself.

The 24,000-member Retired Public Employees’ Association of California (RPEA), in a Monday letter to Jones, accused the CalPERS board president of participating “in an apparent cover-up of unlawful behavior,” and said the retirees “fear that this cover-up is ongoing.”

“Our demand is precipitated by your poor judgement and inappropriately secretive manner in the handling of the apparent Political Reform Act violations by Ben Meng while he was the CalPERS chief investment officer,” the letter said. “We view your actions in this instance as a continuation of your long-standing posture of openly opposing transparency and accountability on the part of the CalPERS board and staff.”

Jones denied the retirees’ accusations in a statement to CIO.

“The allegations are false and are part of a desperate political stunt orchestrated by the failed candidate [J.J. Jelincic] and a current officeholder of RPEA that I defeated in our board election last fall,” Jones said. “These are intimidation tactics and there was no lack of transparency.”

“CalPERS staff, including the CIO, report directly to the CEO, who has responsibility for any disciplinary actions,” he continued. “In the event a disciplinary action leads to a termination of the CIO, that is a shared decisionmaking responsibility with the board. In cases where a personnel matter requires review, the CEO conducts that investigation and reports the findings to the board, where the board may take action. A board meeting was scheduled for September. Mr. Meng, however, resigned in August.”

In an Aug. 6 statement posted on the CalPERS website, Jones said the pension system acknowledged CalPERS was aware of Meng’s disputed financial filings.

“CalPERS has known about questions regarding Ben’s Fair Political Practices disclosure filings,” he said in the statement. “These are private personnel matters and already have been addressed according to our internal compliance protocols.“

Meng resigned a day after the first of two anonymous complaints was filed with state ethics officials.

Yee, a CalPERS board member, had called for a public emergency meeting to discuss the “CEO’s oversight and implementation of these [ethics] policies, and any additional safeguards necessary to ensure this does not happen again,”

A state ethics body, the California Fair Political Practices Commission, has launched a formal investigation into whether Meng violated California conflict-of-interest rules after deciding the initial anonymous complaints had merit to justify a probe.

The retirees’ letter comes as tensions mount over CalPERS’ long-term ability to meet its obligations to its more than 1.7 million workers associated with the plan without substantially increasing contributions by municipalities and the state to fund the nation’s largest pension system.

The $409 billion pension system is only 71% funded and faces a difficult road ahead, like many other pension systems. CalPERS’ own investment staff has questioned whether it can meet its 7% yearly expected rate of return over the next decade. In the fiscal year ending June 30, the pension system only earned a 4.7% return. (Comparatively, public fund plans witnessed a 3.8% total plan loss year to date and a 1.9% 12-month return at the median, according to Northern Trust.)

The CalPERS board has 13 members, but Jones holds the only seat elected by CalPERS retirees.

“You sit in the seat on the Board of Administration reserved to be elected by retired beneficiaries, yet you appear to be more concerned with covering up the incompetence and misdeeds of staff than in protecting our benefits,” the letter from the retirees said.

Jones was re-elected to the CalPERS board last year in a heated election in which he was accused by his opponent, Jelincic, of conducting CalPERS’ oversight of investment decisions routinely in closed session, when confidentiality was not required. Jones denied the charges.

When Frost was hired in July 2016, a CalPERS press release stated she was pursuing a dual bachelor’s and master’s degree in public administration from Evergreen State College in Olympia, Washington.

It was later disclosed that Frost only had a high school education. Frost and the CalPERS public relations office said the press release was a mistake and that Frost had never misled CalPERS about her lack of a college education.

Several CalPERS board members, including then-California State Treasurer John Chiang, had called for an investigation, but Jones, who was then the pension system’s investment committee chairmen, did not support the probe and the matter died.

Asubonten was forced to resign after portions of his resume were determined to be fabricated. Jones did not support an investigation that was called for by several other CalPERS board members.

The Aug. 31 letter to Jones was signed by Rosemary Knox, the retiree association president.

The association directed an inquiry about the letter to David Soares, a spokesman for the association and a CalPERS beneficiary. Soares is a retired deputy district attorney from Santa Clara County in Northern California.

He said there needs to be public discussion by the CalPERS board on how ethics failures, such as in the Meng case, can be avoided in the future.

“And not that there’s anything wrong with people just having a high school diploma. Some of my best friends only have high school diplomas, but she’s not qualified and the failure of oversight is systematic of greater failings,” Soares said.

CalPERS board member Rob Feckner, who was president of the board when Frost was chosen as CEO in late 2016, defended her hiring.

“In my opinion, Marcie is the best hire we have made in the 21-plus years I’ve been on this board,” Feckner said. “She has built a leadership team focused on protecting retirement security for our members. A fresh approach, she actually cares about the members of this system.”