Home > News > Opinion > Op-Ed: We Are Still Living in the Jackie Robinson Age of Financial Services 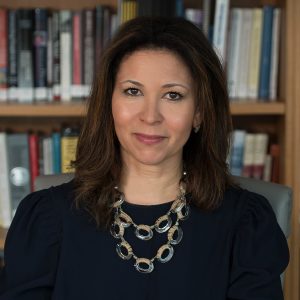 It made headlines recently when the chief executive officer of a major bank blamed the limited pool of Black talent in financial services as an explanation for the company’s stagnant performance on recruiting. Disappointing as it was, it came as little surprise.

The statement was disappointing in its timing considering that, at this moment, we have demonstrated that we are capable of extraordinary shifts in thought and behavior when we are compelled to change. We have reinvented work and life almost instantaneously in response to a sudden pandemic while at the same time reckoning with the generational impacts of systematic racial injustice with sweeping mobilization.

Yet, not surprisingly, when it comes to progress for Black professionals in the financial services industry, we are still living in the Jackie Robinson age of exceptionalism. Chosen from among many, Robinson demonstrated relentless acts of athletic skill and strategy in order to become the first Black athlete ultimately welcomed to America’s pastime of Major League Baseball, setting an enduring standard for exceptionalism in talent, performance, and grace. And, according to the data, this standard stubbornly remains true to this day.

Just recently, McKinsey & Company and the W. K. Kellogg Foundation released a study as part of a continuing series on the state of racial equity in the financial services industry, examining the career progression of Black professionals and other racial and ethnic groups from entry levels to executive roles.

Among the many findings, the study shows that people of color represent 39% of entry level positions, but that representation declines by approximately 75% in the C-suite level. Black professionals post a similar trend, declining 70% from entry level positions to the C-suite, with precipitous attrition occurring at the early and mid-career stage. Meanwhile, across all career stages, “white male” is the only category that consistently grows in share, according to the study.

The data suggests that the financial services industry has succeeded in getting the optics of diversity right—but only at the entry level where the pipeline begins. However, optics is not true progress and the path to advancement is still captive to generational barriers and patterns.

How do I know this? Because the bank CEO’s statement echoed what was told to me by a white male colleague when I was starting my own career in finance more than 20 years ago—that while there were many mediocre men on Wall Street, that wasn’t the case for other groups. At the time, I was the only Black woman both in my cohort and in the entire investment banking division at my firm. His comment acknowledged this dual standard as the state of play that people of color have commonly experienced in our attempts to break through professionally.

While the talent pool or pipeline fallacy has often been refuted, it also reveals the additional harm of burdening Black professionals with driving change rather than the industry holding itself accountable. In other words, insofar as the Jackie Robinsons of finance continue to emerge, we accept this standard as evidence of success while ignoring the persistent underlying challenges that need to be addressed.

In order to achieve progress, we need to recognize there is not a talent problem, there is an imagination problem. For an industry that prides itself on innovating solutions, there seems to be little imagination for how to source, recruit, retain, and cultivate talent into the leadership ranks. Let’s shift the burden from Black professionals to demonstrate exceptionalism and take this opportunity to consider what the financial services industry can do to normalize standards in driving greater equity in career advancement.

Here are some suggestions:

Intentionality. Success is not a happy accident. It is the outcome of sustained and repeated processes driving explicit outcomes of which our industry often boasts. Hiring without intention is not sufficient, and policy alone will not achieve this. Let’s reset the intention to go beyond recruiting to diversifying leadership roles. Career tracking and promotions should be approached with the same resource intensity as hiring in order to achieve inclusion and parity. It will require behavior and culture change as well as executive sponsorship where the organization’s values are truly expressed.

Advocacy. A phrase as simple as, “I’ve heard good things about [him or her]” has the power to influence a perception, interaction, or tracking of opportunities that can change the trajectory of a career. Advocacy is the personal act of validation that skills, talent, and credentials cannot alone achieve. Each inflection point in my own career came in part from the result of someone willing to serve as a champion. Advocacy creates a vested partnership to cultivate and promote talent, often with mutual benefit.

The rate of change in financial services has been glacial. If we are to be sincere about achieving racial progress in financial services careers, then it’s incumbent for organizations, executive leadership, and internal teams to address the institutional and cultural barriers that perpetuate longstanding inequities. Statements and internships alone will not suffice. Let intentionality translate to advocacy and advocacy translate to the presumption of greatness as part of our internal examination and path to change.

The Jackie Robinson standard of exceptionalism, unfortunately, remains an abiding truth masking deeper inequities. If we are to see real racial progress in this country, then change must also start at the center of wealth creation—financial services—starting from within.

Nickol Hackett is the chief investment officer and treasurer of the Joyce Foundation.

By Nickol Hackett
LOG IN TO JOIN THE CONVERSATION