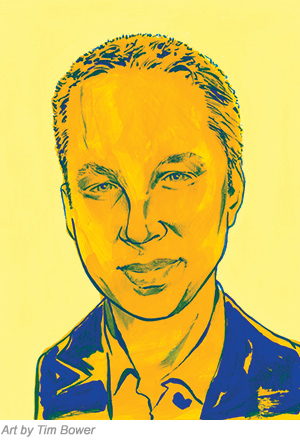 Dunatov is the first asset-owner CIO to lead the group, which brings together investors, managers, academics, and consultants from the UK, Europe, and the US to debate issues central to pension and savings policies.

He takes over from Lars Dijkstra, CIO at Dutch asset manager Kempen.

The outspoken Dunatov—a three-time member of CIO’s Power 100 list of influential asset owners—is one of seven current pension investment chiefs among the 300 Club’s 19 members. The 300 Club was founded in 2011 by Saker Nusseibeh, chief executive at Hermes Investment Management.

“Investment committees should spend 80% of their time on investment strategy and 20% of their time on choosing the right manager, and too often it’s the other way round,” Dunatov told CIO in a 2013 interview. “The industry is also too focused on the wrong benchmarks. It’s not obvious to me why market benchmarks matter anymore. [We need to be] dragging people away from thinking about their performance against what they might have got. There are a lot of regret-driven decisions made in this industry.”

See Stefan Dunatov present his case for insourcing of investment strategy in this video from the 2014 Summit of Dangerous Ideas.