“Hark! The herald angels sing…” chorused the carollers under CIO Scrooge’s window. He pulled down the blind sharply and snarled as a snowball hit the glass.

It was lunchtime on Christmas Eve; Scrooge and his investment staff were working until 5:30 pm despite the revelry outside—these liabilities weren’t going to meet themselves.

“But, sir, the trains…” started the head of alternatives at the £10 billion pension. “They’ve predicted the wrong type of snow after 4 o’clock…” 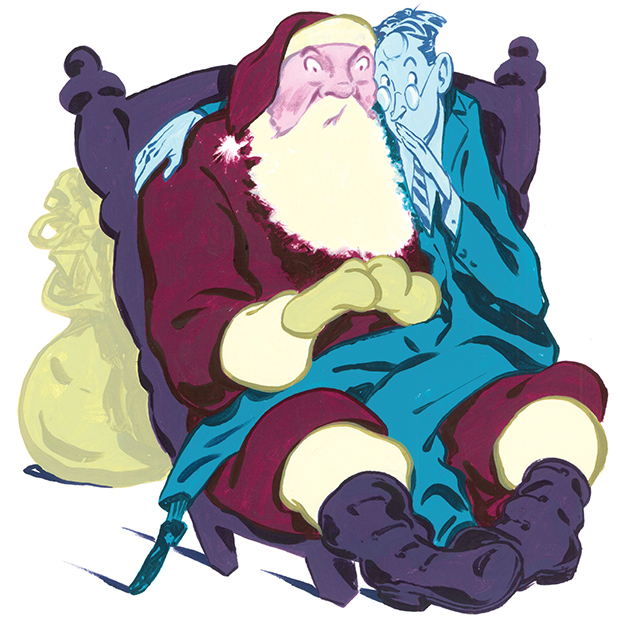 “Sir, we’ve been invited for mince pies with an asset manager,” whispered the fund accountant. “We’d keep checking our BlackBerrys…”

“Mince pies?” boomed the CIO. “Mince pies? And whose fees will be paying for those? Back to it, or I’ll have you all in the office tomorrow!”

The team returned to their Bloomberg screens and tried to eke out the last few basis points of the year. The office manager had sneaked in a miniature bottle of brandy and tipped a tot into weak coffee to share around.

“Merry Christmas, sir,” said the head of fixed income, who had worked with the CIO the longest.

“The gang thought you’d like to see what we wish you for Christmas.”

CIO Scrooge grabbed the greeting card, screwed it up, and threw it in the faux Georgian fireplace.

“8:30 am, the day after Boxing Day,” he snarled without looking up.

The bond chief sighed and left. The CIO hadn’t always been this way, but the years of funding shortfalls, market uncertainty—and now the regulator threatening to forbid him from fund managers’ golf days—had turned him mean.

As Scrooge sat working out just how far they were from a full buyout, the card began to unfold itself in the grate.

He thought he heard a faint ringing of bells and turned around to see a bearded bespectacled gentleman.

“C is for collateral, EMIR will make us keep,” began a round, jolly fellow dressed in red and leaning on a filing cabinet. “H is for holistic balance sheet; EIOPA, we’re losing sleep…”

“R is regulation or ‘revenge against the crash’,

I—investment consultant, our closest partner (we love to bash),

S is for our solvency, upon which we are judged,

T is for the trust we wish was understood,

M is for the money we need to fill the funding gap,

A is for the actuaries who reveal our toughest task,

S is for dear CIO Scrooge who makes each pensioner his pet,

We hope he knows we’ll help him with his Christmas alphabet!”

“Well?” inquired the visitor, who had managed to hang stockings along the fireplace as he sang.

“I had no idea they… cared…” managed the CIO after some moments. “Especially the one who joined from the investment bank. I thought he just wanted shorter working hours.”

The kindly gentleman nodded. “You need to look at your governance structure—that’s the most important. You might be in charge, but they need to be given responsibility too…”

Scrooge nodded and whipped round to his computer, as his visitor boarded his sleigh and took to the night sky.

Before running to catch the city’s last FCA-regulated mince pie, the CIO popped the greatest gift he could think of for his staff in each stocking—a ticket to Chief Investment Officer’s Influential Investors Forum in May.