Home > News > Risk > A Fed Pivot? Not a Chance, Says the Futures Market 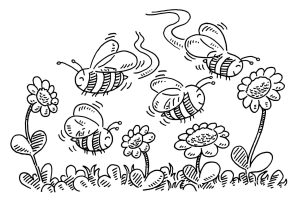 Pivot? What pivot? Contrary to some hopeful folks on Wall Street, the futures market expects the Federal Reserve won’t reverse itself on its rate raising campaign—i.e., do a pivot.

Now, the traders who traffic in the CME Group’s futures contracts are not all-knowing seers. Yet tapping their thoughts has long been a way investors decide what assets to buy and sell.

Fed officials have scrambled to make clear that they intend to keep increasing interest rates to choke off inflation. They have left ambiguous at what juncture they might stop, saying they will be guided by economic data.

Still, a number of Wall Street strategists believe that economic weaknesses are showing up—for example, layoffs in interest-rate sensitive sectors such as housing and finance—and thus they expect the Fed, at some point, to  pivot and bring rates back down.

Wednesday morning’s Consumer Price Index for July, expected to be around 8.8%, is likely to touch off this debate anew. A drop in the CPI, however small, may cool off sentiment that inflation is worsening, and foster talk that it has peaked.

The futures market anticipates that the Fed, when it meets in September, will boost its benchmark rate by another 0.75 percentage point. That would put the range for the federal funds rate at 3.0% to 3.25%.

What’s interesting is that, by July 2023, almost a year from now, the futures market overwhelmingly foresees it at the same level, or just a quarter-point higher. Hardly any of the betting is on a reduced benchmark, as in a pivot.

« Teamsters’ Plan to Claim Most of Latest PBGC Aid