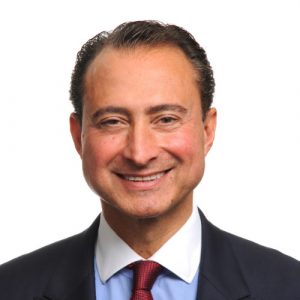 Alexander Navab, KKR’s former head of private equity in the Americas, died unexpectedly Sunday while on vacation with his family. He was 53. The cause of death has not been disclosed.

Navab launched his own private equity firm, Navab Capital Partners, in April. He was looking to raise $3 billion to invest in health care, technology, media, consumer, and financial services companies in North America.

“I’m very energized and was very excited to start the firm but…this is all about people,” he told Bloomberg in an April interview about Navab Capital Partners, during which he revealed he had hired old KKR colleagues, and Carlyle Group and Warburg Pincus professionals. He also was big on philanthropy, launching the firm with a philanthropic arm.

Navab said it was part of the “initial mission to the firm.” He hired Georgia Levenson Keohane to lead its environmental, social, and governance (ESG) initiatives and its philanthropic foundation. Levinson had been the executive director of Bill Ackman’s Pershing Square Foundation.

“I’ve always believed philanthropy is part of my day-to-day responsibilities,” he said.

“We are heartbroken. A longtime member of the KKR family, Alex was an outstanding investor, leader, mentor and a friend to many,” KKR founders Henry Kravis and George Roberts told CIO in an emailed statement. “His contributions in business and philanthropy over his lifetime will forever remain part of his remarkable legacy. Our deepest condolences to his family who we know he cherished more than anything else.”