Why can’t the birthplace of Uber, Johns Hopkins, and the Yale model keep up with public institutions in Canada, among other backwaters? Ashby Monk (Stanford, Oxford, University of California) fights it out with fellow Canuck Leanna Orr of CIO.
And both try to get each other fired along the way. 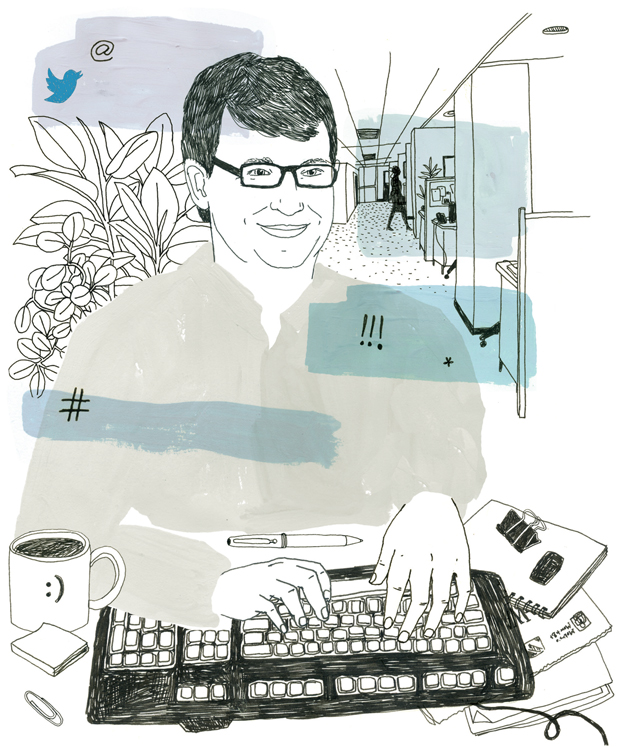 Art by Julia RothmanAshby Monk: Are you from Ontario?

CIO: So as a fellow ex-pat and a man-about-pensions—no one’s got time for your 18 official titles—do you feel patriotic pride in the Canadian public fund system or shame at America’s? For the record: Some of my favorite asset owners are US publics. They kill it despite the governance model, not because of it.

Monk: I have a hypothesis that part of the reason American public pension funds are less sophisticated than, say, our Canadian or Dutch counterparts is that we in America don’t trust the government as much. We have very little tolerance for the meshing of public sector and private sector activity. So we view government—and by extension public pensions—as inherently dysfunctional, and in a way it can be a self-fulfilling prophecy. But I reject the idea that these organizations are inherently dysfunctional. They can and should be fantastic investors.

When I started out doing my doctorate and post-doctorate at Oxford, I thought, “If we could just show these public funds that if you improve governance, you can improve their management, align interests better with asset managers, and as a result, boost long-term investment returns.” Naïvely I thought all I had to do was show public pension funds this logic, and they’d be convinced and improve.

It turned out that most boards didn’t really want to be told they were not fit for purpose. Everybody had a vested interest. The consultants, service providers, and non-expert board members were a toxic mix of status quo bias, which perseveres to this day despite the increasing complexity of finance.

“I turned on the radio, and the voice coming out was saying, ‘So, what is it that drives women into sex work?’”CIO: You have a bananas new idea for student funding via income share. Where did it come from, and can Californian parents go spend the college fund on a hot tub?

Monk: Literally I turned on the radio, and the voice coming out was saying, “So, what is it that drives women into sex work?” The person’s response was first student debt, second the high cost of university tuition, and third drugs. That just blew me away. Drugs were after paying for college? Man. There was a moment of absolute revulsion for me. How many of my students are being pushed in this direction? We’d all agree higher education is a valuable endeavor—

CIO: —And a valuable investment.

Monk: And a valuable investment! Here we have this long-duration asset—human capital—and we’re financing it in the wrong way. You don’t go finance startups with debt. It’s too onerous a structure, restricting students’ future cash flows and creating negative distortions in their lives. There ought to be an equity-like structure. If a student drops out, the financier shares in the downside. Today, the financier—the government—garnishes the dropout’s wages. If the student does incredibly well with the education, the financier—or university—should share in the upside. How many students shuffle off to some job simply because they have to pay off their loans?

Anyway, one of my projects this year is working with Jagdeep [Bachher, UC’s CIO] and the UC to see if we can develop these kinds of investment mechanisms. Investors could get high returns; students would be free to pursue any number of career avenues. It does sound, in your word, bananas. So we’ll see where it goes.

CIO: UC seems comfortable giving you plenty of freedom. What are you doing to help the rest of the country’s asset owners?

Monk: I’m militant about fees and cost. People think it’s because I want to screw over asset managers. No. I’m militant about fees and costs because it’s the single thing I’ve identified in the entire institutional investment landscape that can catalyze change and innovation within bureaucratic organizations. The Canadians started insourcing in the first place because they realized external managers’ costs and value were totally misaligned.

Now look at the US. Do you think the pensions and endowments here truly know the total fees and costs they’re paying to private equity general partners? I think the answer is almost universally ‘No’. Recent case studies in Sacramento would confirm my view. And the result is that our asset owners don’t even realize that they need to consider alternative access points to the underlying assets being invested in. They don’t see the need for innovation, because they aren’t seeing the costs of the status quo.

“People tell me when I complain about these fees, ‘It’s profit sharing.’
But that’s bologna.”Fee and cost transparency is a backdoor to governance and management innovation within pension funds. And I’m working hard to bring this transparency to the US plans.

CIO: Regarding the “case study in Sacramento” that you mentioned—aka CalPERS, the California Public Employees’ Retirement System—private equity cost $3.4 billion in performance fees for $24.2 billion in net returns. It was the fund’s best-performing asset class over the last 25 years.

Monk: I knew you’d say that. People tell me when I complain about these fees, “It’s profit sharing.” But that’s bologna. It’s a performance fee. Why not take that $3 billion and use it to build internal capability at one of these massive long-term investors? I’m guessing that would reduce risk on the overall portfolio and generate the same or better net return over time. And the CEM Benchmarking data would back me up on this.

Proponents will point to what pensions earn as a justification for private equity. But is that performance the result of general partners [GPs] being that good? Or is it the result of cheap debt and highly levered bets in a set of markets pointing upwards? I think some GPs are very good. But I can also think of plenty who are simply putting six turns of leverage on a bunch of deals and laughing all the way to the bank.

CIO: Full disclosure, CIO’s parent company Asset International is private-equity owned. Based on what you’re saying, by time of press I may or may not still have a job there. Let’s even the score with you and your employers, shall we?

Final question #1: If you’re such an expert in good governance—chief of Stanford’s Global Projects Center—how did an egregious case of institutional mismanagement fester right under you nose? I’m talking about Stanford’s endowment [SMC], obviously.

Monk: Endowments are black boxes. And that’s coming from someone who’s worked with sovereign wealth funds in the Middle East and Asia. Princeton’s endowment, Harvard, Yale—all of these places are extremely secretive and closed off.

As much as I’d love to say I was welcomed by John Powers [ex-SMC CEO] and the team there to share the advice I’d learned, it didn’t happen. The first time I was in the SMC office was for an energy conference—hosted by SMC because the organizer’s spouse worked there. Ironically, the Global Projects Center has all this support from the worldwide community of institutional investors, but we’ve never had that support from SMC. Matt Whineray—CIO of New Zealand Superannuation—has literally flown in from halfway around the world, and the SMC team wasn’t in the room.

To give him credit, Mark Hayes—ex-head of strategy at SMC—would come to some of the things. But he was the exception. The rest of the team was, and is, secretive. I guess it’s a core component of their strategy.

CIO: We can agree to disagree on that front. Final question #2: You’re known as a futurist, the guy with crazy big ideas for shaking up institutional investing. Why do you work for the industry’s oldest, most fuddy-duddy publication?

Monk: Institutional Investor gave me my break, and I’m loyal. That’s it. It’s been very kind and supportive over the years. But I’m constantly linking to your articles.