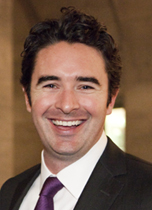 If you have a teenage daughter, and she feels comfortable openly cursing at home, you will have heard 2014’s most cutting label: The Basic Bitch.

An explanation, via New York magazine:

“Basic… means someone who owns things like Uggs and North Face and leggings. She likes yogurt and fears carbs (there is an exception for brunch), and loves her friends, unless and until she secretly hates them… She exercises in various non-bulk-building ways, some of which have inspired her to purchase special socks for the experience. She bought the Us Weekly with Lauren Conrad’s wedding on the cover. She Pins. She runs her gel-manicured hands up and down the spine of female-centric popular culture of the last 15 years, and is satisfied with what she feels. She doesn’t, apparently, long for more.”

This is the opposite of—as younger members of my staff inform me—the highest compliment a Millennial can earn: being a Bad Bitch. She (or he, or them, or it—most anything can be bad) is everything basic is not. If she were to deign to go to Starbucks, it wouldn’t be for a pumpkin spice latte; she does not identify with a certain character from “Sex and the City” (e.g. “I am such a Carrie.”); she likely has a bad (by which I counter-intuitively mean highly successful) job in a bad (desirable) city with a bad (original) sense of class and fashion. Bad, at its core, means impressive.

And how, you are rightly asking, does this apply to our annual de-risking issue? Because for this magazine, we sought to find out what and who were bad, and what and who were basic, in the ongoing competition for the finite asset pools that are moving en masse away from risk.

It starts with our cover story. Despite the perils of critiquing the very companies who pay our salaries through advertisements, I attempted to lay out the current battlefield of the liability-driven investing (LDI) market: Who’s basic, who’s bad, and who’s poised to switch from one label to the other.

Of course, there are always those firms and funds not following the well-trodden LDI path. Assistant Editor Sage Um investigates this group—fund-of-funds PAAMCO and private equity giant KKR, among others—to find out if their de-risking alternatives actually accomplish what sponsors demand.

And perhaps most revealing are the results of our annual liability-driven investing survey. For the second time, we’ve asked LDI clients to rate their vendors. Nothing is more basic than failing to impress the people who hire you—find out how the bad versus basic breakdown plays out when it comes to leading LDI providers NISA, Legal & General Investment Management America, PIMCO, BlackRock, and JP Morgan.

No manager wants to be basic, but just like with pension magazines, some are and some aren’t. We aim to figure out which is which—and in doing so, we hope to earn the bad label ourselves.