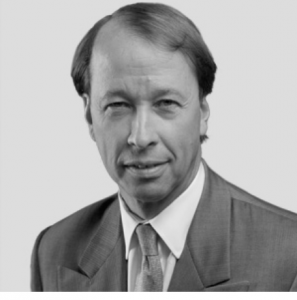 Mandatory savings accounts, backed by the federal government, are the answer to the nation’s looming retirement crisis, a key executive at giant asset management firm Blackstone Group told California pension officials this week. And Hamilton “Tony” James, who has just relinquished the No. 2 job at Blackstone, said he will push to make it happen in Washington.

James told the board of the California State Teachers’ Retirement System (CalSTRS) on Wednesday that he plans to meet with President Donald Trump and members of his cabinet, including Treasury Secretary Steven Mnuchin, to push a mandatory savings account retirement plan.

James, who said he didn’t vote for Trump, did not indicate when such a meeting could occur. But as guest speaker at CalSTRS retreat meeting in Riverside, California, he passionately advocated for the plan he co-authored with New School labor economist Teresa Ghilarducci.

The plan would require both workers and employers to separately contribute 1.5% of their salary into accounts to be managed by money managers.

James, who stepped down last month as Blackstone’s president and chief operating officer to take the role of vice-chairman, said the retirement savings program is necessary because of a coming debacle with not enough retirees able to afford retirement.

“It’s a looming crisis,” he told the board. “Right now, in the next 10 years, of the people turning 65, one-third will be in poverty. If we stay the way we are, we will have more poor, elderly people than during the Depression.”

James has been pushing the national retirement savings plan since the fall of 2015, but has been making a major effort this year with the publication of a book he co-authored with Ghilarducci, called, “Rescuing Retirement.”

He told the CalSTRS board that such a retirement plan would also be good for the approximate 15% of Americans who still have defined benefit plans, like the teachers in CalSTRS, because it would reduce resentment from members of the American public upset with their lack of retirement security.

He said defined benefit plans were “not broken,” but offered a pessimistic view of the rest of the American retirement savings system.

He referred to the Federal Reserve survey which found that almost half of American respondents would find it difficult, and 27% said they would find it impossible, to cover an unexpected emergency that cost them $400. “How are they going to voluntarily save?”

James said some Americans with 401(k) plans see only a 2% to 3% return annually. He said one problem is that US Labor Department regulations require daily liquidity so higher-returning, less liquid investment options like real estate, managed futures, and commodities are not available to participants.

He sees such less-liquid opportunities available under the new plan and professional money management multiplying returns for participants, similar to the higher returns of defined benefit plans. CalSTRS estimates it will earn a 7% return on an annualized basis, though whether those returns expectations are realistic is the subject of intense debate in the pension community.

There’s something in this plan for Blackstone, of course. Such less-liquid opportunities could also open the lucrative 401(k) market to Blackstone and other large financial firms.

James said he believes his plan could win the support of Congress.

Still, it won’t be easy. He said he has talked to both Democrats and Republicans in Congress who support the plan, but acknowledged that creating a coalition to support the idea might be difficult in the current divided political climate.

State Controller Betty Yee, who serves on the CalSTRS board, told James that California and other states are already developing their own plans for individuals without retirement coverage.

But James said those plans are state-specific and don’t help Americans who aren’t in a state sponsoring a retirement plan, something a national plan could guarantee.