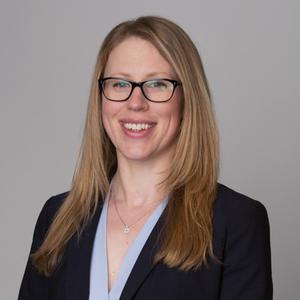 Saccocia most recently served as chief investment strategist, and takes over the CIO role from Tom Anderson, who has been serving as both CIO and chief operating officer (COO).

Anderson, who initially took on COO duties at the beginning of 2018, will now shift from his dual role to focus solely on his COO responsibilities, such as trust and client advisory services, and business development initiatives for the entire firm. Anderson is also national head of trust and fiduciary services for the company.

“We are very pleased to have both Tom and Shannon positively impact growth of the wealth team and continue to create value for our clients,” Dell’Orfano said in a release. “They are both capable leaders who have worked closely together for the past several years, and I look forward to having them focus on their new roles with the same cohesion and encouragement they’ve already shown.”

Prior to joining Boston Private Wealth, Saccocia was director of manager search and selection for Silver Bridge Advisors, which was acquired in 2013 by Banyan Partners, which in turn was bought by Boston Private Wealth in 2014. Prior to joining Silver Bridge, Saccocia worked at State Street Corp. and has a BA in economics and history from Brandeis University.

Prior to joining Boston Private Wealth in 2011, Anderson was head of global strategy and research for State Street Global Advisors’ ETF business. He also led the investment team for the charitable asset management group. He has a BA from Colgate University and an MBA from Boston College.