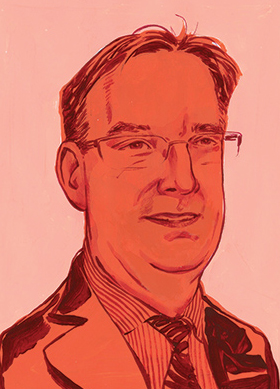 John Bearman (Art by Tim Bower) BP’s Head of Investments John Bearman is exiting the UK-based energy company, according to two insiders with knowledge of the situation.

Bearman joined BP in September 2012, when he took over from retiring investment chief Tony Pike. Prior to that, Bearman served as CIO at insurer Thomas Miller (2012) and Santander Asset Management (2007 through 2011).

His replacement at BP has yet to be announced. “We don’t comment on personnel moves,” wrote spokesperson Shannon Wiseman in an email to CIO, when asked to confirm the exit.

“I see us managing more money in-house in the future,” he said in 2013, “while outsourcing some of the newer asset classes, such as infrastructure debt, emerging markets, high-yield, and bank loans.”