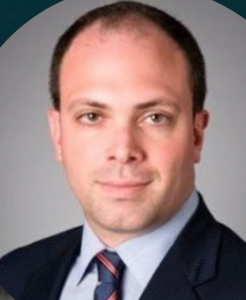 There have been more changes at the chief investment officer helm in Connecticut. Sean Crawford is “no longer there,” according to state employees, “he departed last Wednesday” after only 10 days, CIO has learned.

Crawford, who left his post as New York Metropolitan Transit Authority’s first and only CIO on May 4 to take the CIO job for Connecticut’s Retirement Plans and Trust Funds on May 14, left May 23.

A source at the state said the reason of his departure has not yet been filed with human resources, and that “it is between the Treasurer and Mr. Crawford.”

On paper, State Treasurer Denise Nappier is the sole trustee of the pension assets, and she functions as the main manager rather than funneling decisions through a retirement board.

In February 2017, CIO Deborah Spalding resigned, and deputy CIO Laurie Martin stepped into the role after being on the job for four months.  Martin is stepping up again as Connecticut’s CIO.

The Office of the Treasurer confirmed the departure of  Crawford from his position.  Treasurer Nappier commented through an email to CIO, “This is an unfortunate situation.  Going forward, I wish Sean the very best in his future plans.”

Treasurer Nappier continued, “I am pleased to announce that I have appointed Laurie Martin to serve as Chief Investment Officer of the CRPTF with the unanimous consent of Connecticut’s independent Investment Advisory Council.  This is an appointment well deserved.”

Martin joined the Treasury in October 2016 as Deputy Chief Investment Officer, and served as interim CIO for 15 months.  Prior to her arrival at the Treasury, she managed investment programs for Baystate Health, Inc. for 20 years and held investment accounting positions at ITT Hartford and Mass Mutual Life Insurance Co.  She is a Certified Internal Auditor, a Certified Public Accountant, and holds an MBA from the University of Massachusetts.”

The full details of Crawford’s sudden departure are not yet known, but Connecticut’s cash-strapped status has created some challenges.

In 2008, the state issued $2 billion in pension obligation bonds to pay down the Teachers’ Retirement System’s (TRS) unfunded liability. Stipulated in the bond agreement was a requirement that the state begin paying 100% of its required pension contributions, and the governor and treasurer have been at odds with breaking the bond’s covenants. Gov. Dannel Malloy is in favor of re-amortization, which would violate the covenants, a move Nappier has argued would cause reputational damage, which could affect the state’s credit rating.

A year ago, Fitch Ratings downgraded the state from AA- to A+, citing “reduced expectations for economic and revenue performance over the medium term,”  following a decline in personal income tax. This year, Fitch maintained its rating and S&P Global Ratings downgraded the state to A from A+. Despite the ratings, the state completed a $276.1 million bond sale in April that attracted almost $100 million in retail orders and an overall true interest cost of 3.65%.

Facing an overall state budget shortfall of $244.6 million, Malloy has also proposed requiring towns to contribute to the TRS.

Prior to the bond covenant, TRS had consistently received much less than its full required contributions. In 2016, Connecticut State Employees’ Retirement Fund (SERF) was 36% funded, and the teachers’ plan was 56% funded, according to publicplansdata.org.

Despite the challenges, the Connecticut Retirement Plans and Trust Funds (CRPTF) posted a net investment record return of 14.2% for the fiscal year and the overall portfolio grew by over $3 billion in value during the year. The two largest plans, SERF and the Teachers’ Retirement Fund (TRF), reported 2017 investment returns, net of expenses, of 16.51% and 16.33%, respectively.