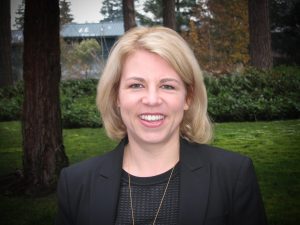 The $139.6 billion Washington State Investment Board (WSIB) announced Thursday that Allyson Tucker, head of the board’s Risk Management and Asset Allocation team, has been named chief investment officer, effective Jan. 1. She replaces Gary Bruebaker, who is retiring after nearly 20 years with Washington and 42 years in the public investments industry. The WSIB oversees a $140 billion investment program serving state retirement plans and other public trust accounts in Washington state.

Tucker joined the WSIB 10 years ago as an assistant senior investment officer focusing on public equity investments. “She is a longstanding member of WSIB’s Investment Team, and as such, she has been responsible for contributing to the due diligence review of virtually all approved private equity investments during recent years,” a spokesperson for the WSIB told CIO. “She also has had lead responsibility or co-lead on several of these investments.”

Tucker previously worked as an investment specialist at the investment management group servicing the Bill and Melinda Gates Foundation and the Gates family’s private wealth management office. Prior to this role, she served as a research analyst at Ragen MacKenzie, a full-service brokerage firm in the Pacific Northwest.

“The responsibilities that come with public asset management are enormous and evolving,” Tucker said in a statement. “My first priorities will be to listen to my colleagues so that collectively we continue to uphold our promise to make every decision based on generating value for the WSIB’s beneficiaries.”

“The WSIB conducted nearly a year-long planning and search effort to prepare for Gary Bruebaker’s planned retirement,” the WSIB spokesperson said. “Recruiting firm Heidrick & Struggles was hired to help with the search. Dozens of candidates were researched; several (four to five) well-qualified and compelling finalists were interviewed in person.”

“We looked carefully at well-qualified and compelling people for this job, and I’m thrilled that Allyson emerged as our top choice amid a very competitive field,” Executive Director Theresa Whitmarsh said. “She has the vision, energy, experience, and intelligence to fill some big shoes being left by Gary Bruebaker, and we are doubly fortunate that she is a familiar and respected professional with our board members, staff, and industry peers.”

Tucker is a CFA and CAIA charter holder and earned a bachelor’s degree in business administration at the University of Washington. She serves on the board and investment committee for The Seattle Foundation as well as the board of Pacific Pension & Investment Institute.