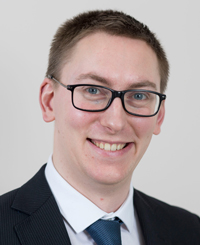 That noise you just heard? It was 700-odd European Union (EU) politicians simultaneously choking on their croissants.

The UK public has voted to leave the union.

Things are moving fast today. Already, Prime Minister David Cameron has given himself four months’ notice, pledging to step down in October as the country needs “new leadership.”

Markets opened early in London and are still whipsawing as news and views emerge. The pound has reportedly taken such a hammering that France is now a bigger economy than the UK due to the fluctuating exchange rate.

We’ve been asking “what does Brexit mean?” for weeks, and very few have been able to bring any kind of certainty. For all the noise you’ll hear today, there will be very little indication of a true direction for either the UK or Europe for some time.

“It is now incumbent on everyone in the financial sector to work to try to mitigate the risk to our beneficiaries created by politics.”On announcing the referendum, Cameron vowed to invoke Article 50 of the Lisbon Treaty in the event of a ‘leave’ vote, which would begin the exit process. It’s scheduled to take two years to negotiate, but some have warned it could take much longer. The UK needs to get its negotiating team in place first, which will involve the ruling Conservative party trying to patch up the rift it created between pro- and anti-EU campaigners in the past few months.

On the European side, the EU’s openness to negotiation will depend upon which way of thinking wins out. On the one hand, the UK’s financial sector is crucial to Europe, and European politicians will likely be unwilling to put up barriers to doing business with London.

On the other hand, politicians will be fearful of a ‘domino effect’ throughout the rest of the union, and so may be reticent to make it easy for Britain to leave. Even before the polling stations opened, reports emerged in the pro-Brexit areas of the British press of demands in Italy, the Netherlands, France, and Denmark for similar public referenda on EU membership by predominantly right-wing parties. Ironically, the anti-Europe camp was citing European examples of why a united Europe was a bad idea. A poll by the Pew Research Center earlier this month found Euroskepticism to be growing throughout the EU’s population.

My inbox is already filling up with comments from asset managers, trade bodies, and other service providers. The overwhelming rhetoric is one of uncertainty, but with the expectation of immediate negative impacts across asset classes.

As Saker Nusseibeh, CEO of Hermes Investment Management, the BT Pension Scheme’s in-house asset manager, put it succinctly in a comment this morning: “Throughout, our main purpose remains to help our beneficiaries retire better… It is now incumbent on everyone in the financial sector to work to try to mitigate the risk to our beneficiaries created by politics.”

I need to sit down and drink a big cup of tea.

Related: Infographic: What Brexit Would Look Like & Pension Tensions Mount Ahead of Brexit Vote