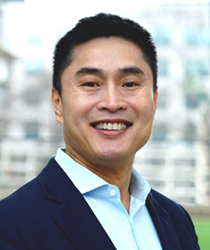 “In order to achieve 7%, our required rate of return, there is no option but to do more in private equity,” Meng said in a press briefing with reporters Tuesday afternoon at a CalPERS retreat meeting in Rohnert Park, California.

CalPERS investment officials plan to keep the plan’s existing $27.8 billion private equity program, which is mostly made up of CalPERS participating as a limited partner alongside other institutional investors in funds run by private equity firms. The program would coexist alongside the planned direct-style private equity expansion initative.

CalPERS’s traditional private equity program has been shrinking. It made up just 8.1% of the pension plan’s $345.6 billion portfolio as of Oct. 31, 2018, down from 9.5% four years earlier. As competition heats up between institutional investors for limited spots in what are expected to be top-producing funds, CalPERS is increasingly being shut out.

CalPERS investment officials see a way around the shrinkage of the asset class by creating an up to $20 billion investment organization that would shun private equity firms. Instead, CalPERS would create and fund two private equity investment vehicles: Innovation, which would invest in late-stage companies in the venture capital cycle in healthcare, life sciences, and technology. and Horizon, which would take buy-and-hold stakes in established companies.

It’s clear why CalPERS wants to expand private equity, given attractive returns for the asset class. CalPERS produced an 8.6% overall return for the fiscal year ended June 30, 2018, but private equity results topped 16%. Over the 10-year period, CalPERS private equity returns have been 10% compared to 5.6% for the overall fund.

The CalPERS private equity plan differs from the Canadian model, in which Canadian pension make some of their private equity investments directly without general partners.

Meng said someday CalPERS might be able to adopt a Canadian-style private equity model but said there are obstacles in the near-term because new rules and regulations would be required to create the program.

“We can do direct maybe in the future, but today I don’t think we are ready because of a number of limitations,” said Meng.

He said those obstacles included not only a revamp of CalPERS’s governing rules, but the difficulty of attracting top-notch investment professionals to CalPERS’s headquarters city of Sacramento, as it is not  a global financial center.

Under the current plan for Innovation and Horizon, that wouldn’t be an issue, because the two investment organizations would be shielded from public disclosure laws as they would not be directly part of CalPERS, even though the pension plan would fund them.

Meng said the Innovation and Horizon investment team approach, with the investment team in charge of each organization acting as general partner and CalPERS acting as a limited partner, is much easier to implement and could be done, “sooner rather than later.”

CalPERS Chief Executive Officer Marcie Frost, who joined the interview with Meng, said the pension system is conducting detailed checks on potential investment team leaders that would act as general partners for Horizon and Innovation.

Meng said CalPERS is talking to a number of candidates to lead the investment teams, but he would not disclose how many. Pension system officials have previously disclosed that they include David Roux, a co-founder of Silicon Valley-based private equity firm Silver Lake, and Adam Grosser, who oversaw Silver Lake’s Kraftwerk fund. Silver Lake is best known for its investments in technology companies.