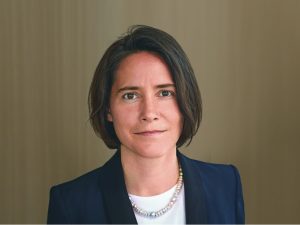 Elisabeth Bourqui has resigned just seven months after she was hired by the California Public Employees’ Retirement System (CalPERS) as its chief operating investment officer, leaving vacant a critical spot at the largest US pension plan.

It is not clear if Meng requested Bourqui’s resignation, so he could place his own candidate in the spot, the No. 2 position in the investment office.

Bourqui, Meng, and CalPERS public relations officials could not immediately be reached for comment

CalPERS officials announced in April that Bourqui had been selected to the role after a global search. Bourqui led the investment office’s business and operations functions, including managing investment compliance, operational risk, and audit-related functions.

She was also a key advisor on investment policy.

CalPERS has more than $340 billion in assets under management.

Bourqui started on May 14, the same day that CalPERS officials announced that CIO Ted Eliopoulos would be leaving by the end of 2018 because of family matters. It is unclear if she was informed of his decision before taking the job.

Eliopoulos left CalPERS in mid-November to move to New York, where his daughter is attending college. He subsequently joined Morgan Stanley as vice chairman of investment management and head of strategic partnerships, starting this month.

Bourqui moved to the United States from Zurich, Switzerland, to take the CalPERS job. She had been head of pension assets and liabilities management at ABB Group. Prior to ABB, Bourqui worked as an investment consultant in Canada for Mercer, specializing in public and private pension funds.