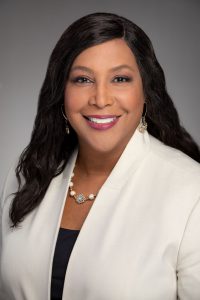 CalSTRS COIO Debra Smith, who is retiring next month. Photo courtesy of the pension fund.

Debra Smith, the chief operating investment officer at the California State Teachers’ Retirement System (CalSTRS), will retire next month. The pension fund will start recruiting for her replacement in the next six weeks.

Smith, who worked at the fund for 24 years, reported directly to CIO Chris Ailman and was responsible for the fund’s enterprise strategic and business plan goals, according to a Monday release. She announced her retirement to the educator pension system in February. Her last day in the position will be May 7.

“I have had a rewarding career at CalSTRS and look forward to applying all I have learned to the next stage of my career,” Smith said.

A job posting for the COIO position will be put up on the CalSTRS website and social media feeds.

The leadership change comes at a difficult time for the pension fund, which has already asked CEO Jack Ehnes last month to postpone his retirement after the coronavirus crashed markets. A CalSTRS spokesperson said the fund has similarly negotiated with Smith to stay on for a short time as a retired annuitant to help manage the crisis.

Smith, who was the fund’s first COIO, oversaw operations, performance, compliance, and administration in the investments branch. For the past four years, she steered the annual comprehensive investment cost report.

Prior to her appointment in 2014, she was an investment operations director and spent the majority of her career in various positions in the investments branch. Smith started her career at CalSTRS in 1996.

She was also known for advocating for diversity and inclusion initiatives in the financial industry. In 2016, Smith was a recipient of a black women in business leadership award in Sacramento.

« Here’s How Rotten Corporate Earnings Will Be This Year