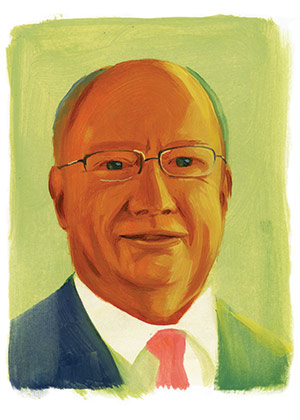 Pearce led the British Columbia Investment Management Corporation (BCIMC) as founding CEO and CIO for 25 years. He retired in 2014, succeeded by Quebec pension chief Gordon Fyfe. BCIMC grew from a small portfolio of Canadian government bonds in 1988 to a diversified $114 billion during Pearce’s tenure.

He takes this experience to NZ Super—another early-stage sovereign fund—noted board Chair Catherine Savage in the announcement.

The NZ$30 billion (US$20 billion) fund praised Pearce as a “proponent of good governance and responsible investment,” sustainability being a key priority of both NZ Super and BCIMC.

Pearce joins the board along with another retired executive: John Williamson, an ex-managing director of Australian portfolio company Hellaby Holdings.

“We look forward to working with them,” Savage said.

NZ Super has brought overseas investment expertise to its board while dropping it from the portfolio. In May, the fund revealed it had cut ties with nearly all mainstream foreign private equity and real estate firms.

“The move to sell them is consistent with our strategy to have fewer, deeper relationships with our investment managers,” said Fiona Mackenzie, head of investments, at the time.