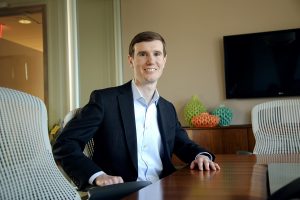 The organization said Lee will work closely with its investment committee, which is chaired by David Swensen, CIO of the Yale University endowment.

“The mission of the Chan Zuckerberg Initiative is so important, and it’s an honor to be joining the team,” said Lee in a release. “I look forward to partnering with the investment committee and getting to work in support of the many ambitious projects underway across the organization.”

Lee will be responsible for managing an investment portfolio that will support the organization’s three core initiatives: science, education, and justice and  opportunity.

“David Lee’s passion for social impact and experience growing one of the most successful university endowment portfolios in the country will be a tremendous asset to CZI,” Chan said in a release.

While at Princeton, where he worked for more than eight years, Lee worked on asset allocation and the marketable asset categories, including domestic equity, international equity, and independent return. Prior to joining Princeton, he was an analyst and an associate at ABN AMRO in London, where worked for two years.