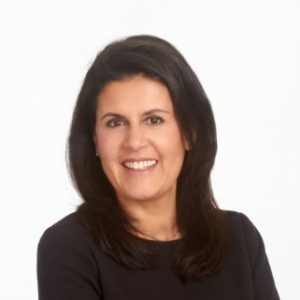 College professor Noradeen Farlekas, IBM’s former head of global equities and vice president of its board, is the new chief investment officer of New York-based MMBB Financial Services, trading in her teaching hat to return to the investment world following a three-year absence.

Farlekas started at the $2.5 billion retirement system for Christian ministry workers in early June, replacing longtime leader Candace Cox, who is retiring. (MMBB stands for Ministers and Missionaries Benefit Board.) This is not just Farlekas’ first CIO role, but also her maiden voyage in the public markets as her investing career was in the corporate world.

Farlekas spent 20 years with IBM, stepping down in 2016 to teach finance and economics at Boston’s Northeastern University, where she earned her Ph.D., and Fairfield University in Connecticut. She handled Big Blue’s $14.5 billion global equities portfolio for its now $48 billion defined benefit fund, and also ran those assets in its then-$12 billion defined contribution portfolio under a different role.

Retiring CIO Cox was with MMBB since 2008. She previously ran the pension funds of Bell Atlantic Asset Management and the New York City Comptroller’s Office. The portfolios she oversaw were similar in size to IBM’s.

Northeastern University was unable to be reached for comment.