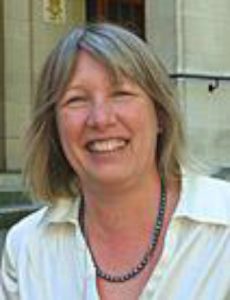 Bernadette Kenny, chief executive of the Church of England’s Pensions Board, has died at age 60.

Following an extensive career in the Civil Service, Kenny joined the endowment in February 2011. During her more than six years with the Church of England, she oversaw changes to the Pensions Board as well as the National Church Institutions (NCIs), such as issuing a £100m housing bond, changes to the retirement housing scheme, and funding arrangements to de-risk the pension schemes—arrangements which the Jonathan Spencer, chair of the Church of England’s Pensions Board, called “innovative.”

“We are deeply saddened by the loss of Bernadette. We have lost more than a brilliant colleague, we have lost a force for good,” Spencer said in a statement. “Bernadette believed that things could always be improved for the people she worked for and with. She played a lead role in the culture change programme at the NCIs and was a champion of greater diversity and inclusion in the workplace, most recently helping to launch a network for BAME (black, asian and minority ethnic) colleagues. She also led a much more open and consultative relationship with the dioceses.”

Kenny is survived by her husband and three children.

Spencer is overseeing the interim arrangements for a new Pensions Board leader.

“On behalf of the Pensions Board and the National Church Institutions, we send our heartfelt condolences to her family and friends,” he said.