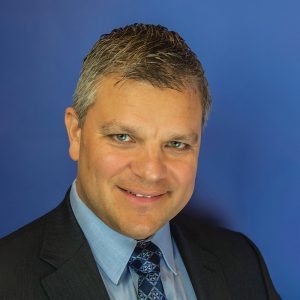 The Committee on Investment of Employee Benefit Assets (CIEBA) has been quite active this year. Most recently, Paul Cavazos, chief investment officer of American Beacon Advisors, took the helm as the new chair of the group of corporate retirement plan investors for the next two-year term. Former Chair Douglas Brown, chief investment officer of the energy corporation Exelon, will be staying on the group’s executive board.

Brown told CIO, “I am so pleased that Paul will be taking the reins of CIEBA for the next two years. He is a very experienced investor and a long-time CIEBA member who has not only served as CIEBA’s vice chair for the past two years, but has also led some of our key committees. He has the experience and judgment required to lead CIEBA as we go forward in these challenging times.”

Cavazos, who has worked with Brown throughout the years, said, “Doug was a great leader and partner to work with, and he’s still remaining on the board, which is fantastic for aiding a smooth transition.”

Before becoming CIO of American Beacon, and after earning his master’s from the McCombs School of Business at the University of Texas at Austin, Cavazos started his career as a manager of asset management at Chrysler in the late ’90s, where he worked with Mark Schmid. He then followed Schmid to Boeing, where Cavazos was the senior manager of investment strategy and asset allocation, and he was later offered the opportunity to run his own plans as the director of trust investments at Navistar in 2005. He then returned to Michigan as CIO and assistant treasurer of DTE Energy, where he stayed for nine years.

Cavazos became CIO of American Beacon Advisors in 2016. His present responsibilities include handling the American Airlines pension fund as an outsourced CIO, along with CIEBA plans, and overseeing mutual funds and other products from American Beacon.

Cavazos is able to glean knowledge from 34 varied managers and offers observations based on those discussions through a bulletin titled “Perspective.” Most recently, he discussed “markets at extremes” and detailed, among other things, tech dominance in cap-weighted investing. (“One of the largest extremes in markets today, and perhaps most dangerous to investors, is the massive dominance of technology giants in cap-weighted indexes,” he wrote.) Similarly, he explored growth versus value, comparing it to the height of the tech bubble, and noting with data, “while we acknowledge this is the worst relative underperformance of value versus growth during a 10-year period on record, we would be remiss to not point out that value investors have still gained more than 11% in annualized returns over the same 10-year period that ended August 2020.”

Cavazos has taken leadership roles at CIEBA since he joined in 2005. Even during the Great Recession, after he started his CIO post at DTE in 2007, Cavazos stepped up to co-chair the defined benefit (DB) committee. To Cavazos, CIEBA has been instrumental in building rapport and relationships and having a peer group to sound out the challenges that come with the CIO role. “Oftentimes it’s picking up the phone and just talking through issues with other members,” he said.

In the COVID-19 environment, Brown has successfully steered CIEBA to expand its membership and go virtual. By the nature of its readily available viewing platform, the virtual environment opens CIEBA’s discussions so they can be shared with a CIO’s entire investment office. Feedback has been positive.

The group, which incorporates 110 of the country’s largest corporate pension funds and more than $2 trillion in assets under management (AUM), features task forces on risk and public policy, as well as discussions throughout the year with chief investment officers and thought leaders.

This past year, the virtual format has attracted an A-list of guest speakers, including Jamie Dimon, Larry Fink, Mellody Hobson, and Howard Marks. Michael Cembalest, chairman of market and investment strategy at J.P. Morgan Asset & Wealth Management,  spoke about the COVID-19 vaccine, treatments, and their correlation to the markets, and PIMCO’s head of public policy, Libby Cantrill, discussed how the 2020 election outcomes could affect fixed income, alternatives, and liability-driven investments (LDI).

“Whether or not you have a global pandemic or trillions of dollars from the Fed and central banks helping to support economies around the globe, there are always important topics to discuss,” Cavazos said.

CIEBA also lends its expertise and voice on Capitol Hill, most recently on matters such as the Pension Benefit Guaranty Corporation (PBGC), pension funding relief, the fiduciary rule, and adding alternative investments into defined contribution (DC) plans. In July, CEIBA submitted a letter urging the Department of Labor (DOL) to tighten security over concerns that employees mulling retirement rollovers were becoming the target of non-fiduciary advisers who could have undisclosed conflicts of interest.

Also this year, CIEBA submitted letters urging Congress to stabilize DB plan rules to provide more predictable and sustainable contribution levels for employers. Its recommended relief provisions were all ultimately incorporated into the recent Health and Economic Recovery Omnibus Emergency Solutions (Heroes) Act that passed through the House of Representatives in May.

CIEBA’s first letter noted, “Pension liabilities are being artificially inflated because of historically low interest rates, due in part to actions undertaken by the Federal Reserve. At the same time, the value of pension plans’ investments has fallen dramatically. The result is that minimum required pension contributions are set to increase dramatically just at the time that the pandemic has caused corporate revenues to fall precipitously.” It urged Congress to create a 5% floor on funding interest rate assumptions to offset the impact on pensions of federal actions taken over the past decade to keep interest rates low and to allow plan sponsors to fund their pensions over the course of more than one business cycle.

The group gets active through the CIEBA Public Policy Task Force, where members engage regularly with policymakers through meetings and testimony, both written and as part of hearings.

Its chair, Robin Diamonte, CIO of Raytheon, and executive director, Dennis Simmons, were on the virtual dais for the DOL’s hearing on fiduciary advice this season. Diamonte testified to the DOL in September.

CIEBA plans to remain active in the future. During a December webinar with CIO, Diamonte noted, “Looking ahead, some of the things we’re always focused on are making sure we have stability and the appropriate level for PBGC premiums so that more corporations don’t close or freeze their pension plans. We want to preserve tax incentives for companies so that they continue to offer their 401(k) plans. And we also want to help promote lifetime income strategies for DC plan participants, and we’ve been working with the DOL on different safe harbors.”