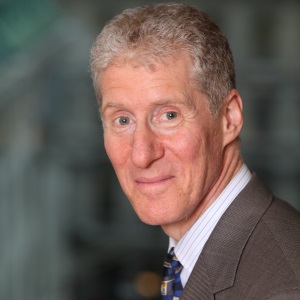 The chief executive and investment officer of the UK’s largest pension plan is retiring in September.

Roger Gray will depart the $84.5 billion Universities Superannuation Scheme (USS) after a decade with the fund, the organization confirmed.

Gray added the CEO title in 2012 when the fund’s USS Investment Management was created as a separate business to run its assets.

The departing leader was responsible for the fund’s first moves into direct private equity investments in 2015, starting with UK’s gas station/rest stop chain Moto. It also holds stakes in infrastructure assets such as Thames Water and Heathrow Airport. Before Gray’s innovations, USS operated more like a mutual fund for its members.

In a 2016 interview with the plan regarding the early Brexit implications, the chief said the decision had a “moderate impact” on its funding position, but its portfolio was diversified enough to withstand the event. “These would have performed well since the referendum, similar to the asset side for the USS Retirement Income Builder (the defined benefit fund),” he said.

When Gray started with the university pension plan, it was $33.9 billion, a little more than one-third of its current size. Gray had more than doubled it by 2016, to $69.1 billion. That October, the fund launched its defined contribution section, dubbed the “USS Investment Builder.” The DC portion features two target date fund options (default and ethical, which takes a more environmental, social, and governance (ESG) approach) and 10 self-select funds for members who’d rather maintain their own assets.

Last year, the Universities Super proposed closing its defined benefit plan in favor of a total DC approach in April 2019, but it created too much tension for its members, resulting in nationwide strikes by university staff. This led to the creation of a taskforce that would determine the plan’s assets and liabilities, and assess the risk appetite of employers. The USS board of trustees also issued a consultation on a new valuation in January.

The fund previously won the CIO Innovation Award for best portfolio construction in 2016 at the brand’s UK gala, when it had a sister publication in the UK.

Gray told the firm in the fall he would be leaving, confirmed USS Group CEO Bill Galvin, who said in a statement obtained by CIO that knowing his intentions so far in advance “has allowed us to take a structured approach to succession planning, which will include opportunities for growth for the existing team.” Galvin said a search for Gray’s successor is already “well underway.”