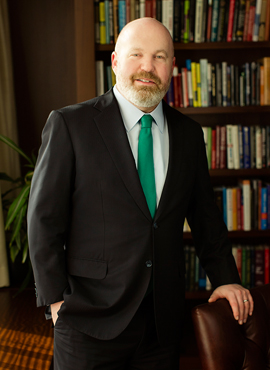 In a blog post, the outspoken quant manager clarified he isn’t confusing correlation with beta—he knows “they are not the same.”

“Beta measures how much, on average, a fund responds to stock market moves,” Asness wrote, “Correlation measures how ‘tight’ the response is.”

For readers who may not be clear on the difference, Asness explained hedge funds are generally net long about 40% of the stock market, leaving them a beta of 0.4. The rest is where hedge funds “attempt to do ‘other things,’” he continued.

Typically these “other things” consist of taking long and short positions that should have “no direct market exposure,” Asness wrote, resulting in the same beta of 0.4. The fund’s correlation to stocks, however, would likely change.

“Ideally, in my view, hedge funds should just do the other things and have no market exposure—a 0.0 beta—but whether at 0.0 or 0.4 beta they will look relatively worse than the stock market during big bull runs,” he said.

And it is precisely these “other things” that deliver alpha for which investors should pay fees.

“Article marveling at the 2015 compensation of the top 25 hedge fund managers are about wealth when they purport to be about income,” he wrote. “This ‘mistake’ likely occurs as higher numbers sell more papers than do lower numbers… This is not about the inequality debate; rather, it’s just about exaggeration and imprecision.”