Hedge fund titan Ray Dalio has again weighed in on monetary policy, this time with a more upbeat tone: He no longer thinks a recession is around the corner.

The reason: Federal Reserve Chairman Jerome Powell’s recent signal, in the face of late-2018’s market selloff, that he would go slower on hiking interest rates. Dalio of Bridgewater Associates reduced his pre-2020 election recession odds to roughly 35%, from 50%. The Fed may well not raise rates at all in 2019, so Dalio can sleep a little easier.

“Because the markets weakened and Fed officials now see that the economy and inflation are weak, there has been a shift to an easier stance by the Fed,” he said in a LinkedIn post. “Similarly, because of weaker markets, economies, and inflation rates in other countries, other central banks have also become more inclined to ease, though they have less room to ease than the Fed.”

However, the founder and co-chief investment officer of the world’s largest hedge fund is still troubled by economic weakness that central banks may not be able to fix. The continued slowing of global growth doesn’t help, nor do domestic and international conflicts such as the US and China’s trade war and Brexit’s looming deadline.

Dalio said the Fed can probably manage the “big sag” economists are predicting, but things aren’t so rosy on the other side of the world. The situation, he said, was “more concerning” as a result.

“In Europe, the ECB appears unable and/or unwilling to adequately ease (because of politics and structural issues) while circumstances (the sag in growth and sub-target inflation) warrant an easing,” he said, predicting “chronic slow growth” if populist political forces increase. 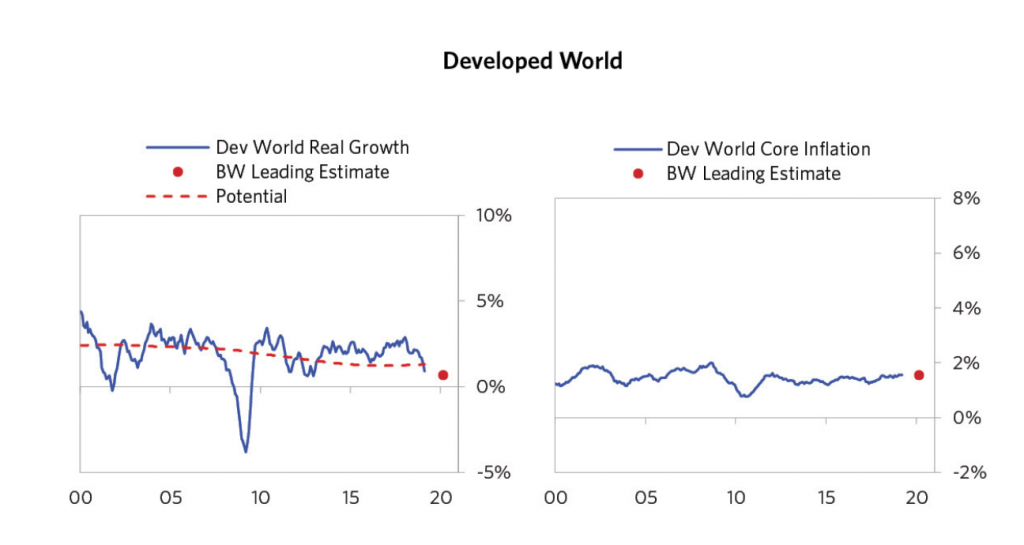 “In Japan, we also see low growth and low inflation with slightly more room to do QE and better yield curve controls than Europe has (though the marginal effects of these will be limited),” said Dalio.

Lastly, Bridgewater’s founder said, although China’s government is doing its best to offset its growth slump with more fiscal and monetary stimulation, it’s not enough to re-normalize growth.

“In other emerging countries, we are generally also seeing weaker growth and inflation, and the increased ability to ease monetary policy, but not yet enough easing to cause recoveries to desired levels,” he said. 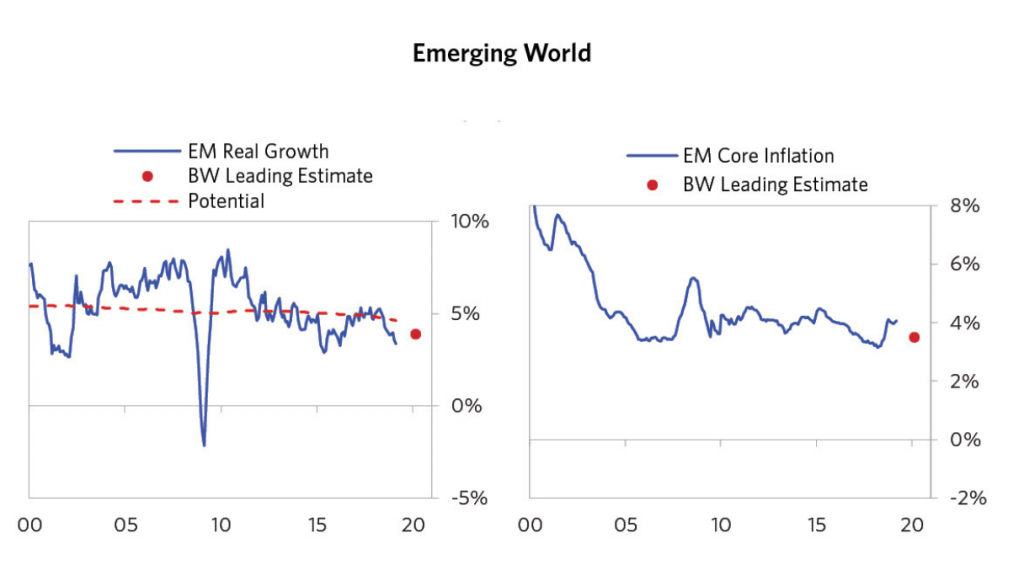 Bridgewater Associates has $160 billion in assets under management.

Bridgewater Is Bearish about 2019