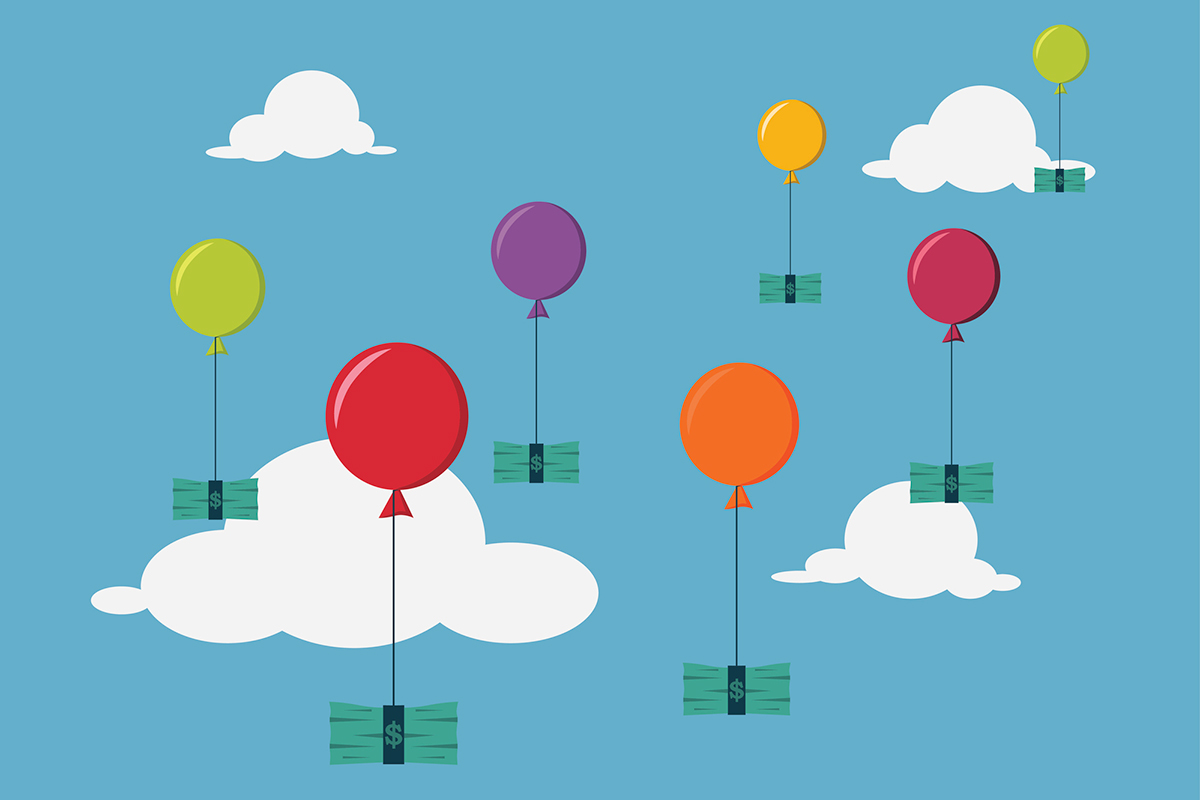 Inflation? What inflation? Hedge fund operator David Einhorn, who famously goes against the grain, is betting that the Consumer Price Index (CPI) will tick up in the US. Not a lot, mind you, but enough to give him a good result.

To exploit what Einhorn sees as a more robust CPI ahead, his Greenlight Capital (assets: $7 billion) is taking positions in inflation swaps, which are derivatives based on Treasury inflation-protected securities (TIPS). His positions are in two-, five-, and 10-year swaps. In May, he wrote in a second-quarter letter to clients, those instruments implied annual CPI increases of just 0.1%, 0.8%, and 1.3%.

“As annual inflation has averaged 1.7% over the past 10 years,” he wrote, “we recognized that we could make a substantial return if actual inflation merely reaches the long-term average.” At the end of the second quarter, he went on, the trend was moving in Greenlight’s direction: Inflation expectations have bounced up to 1.3%, 1.4%, and 1.6%.

While he noted that higher inflation, even if limited, would harm Treasury prices, Einhorn said he didn’t want to short federal government bonds. The intervention of the Federal Reserve in the credit markets make that too iffy, he reasoned.

Meanwhile, Greenlight also has bought stocks in areas that should benefit from a little higher inflation. A long-time believer in gold, the firm has increased its holdings in the VanEck Vectors Gold Miners exchange-traded fund (ETF). Gold is rapidly rising in price, more out of recession fears than inflation ones. Yet inflation would help the rise.

Another Greenlight position is in Atlas Air Worldwide Holdings, which he thinks should be helped by a shortage of air-freight capabilities, owing to the sidelining of many passenger jetliners. These commercial planes are used to ferry cargo in their holds, meaning there is an inflationary shortage of this transportation.

Two large Greenlight short sales are not in the area of consumer inflation, but share price inflation. One is against Wirecard, the German digital payments company that Einhorn for years has labeled a fraud. Now that Wirecard is in legal trouble, its stock has tumbled. The other short is Tesla, the electric vehicle maker, whose stock has surged more than sixfold over the past year. Einhorn contends that Elon Musk’s auto company is playing accounting games that eventually will come to light.

These strategies have yet to bear fruit overall. Greenlight has suffered losses this year of 17.5%, although that was eased by a good July showing, up 4.1%. Einhorn first came to public notice when he presciently, and lucratively, shorted Lehman Brothers in 2007, just before it collapsed. Another good short call was in Green Mountain Coffee Roasters, whose stock later tanked (another company bought it cheap).