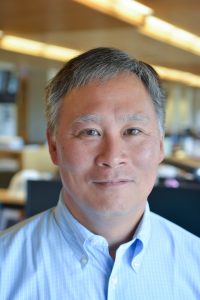 The right-hand man to Yale’s David Swensen is leaving the endowment after more than 30 years of service, the university’s investment office confirmed.

Dean Takahashi came to the firm in 1986, one year after Swensen, its chief investment officer. Together, the two built the legendary Yale investment model, which set the high-performing standard many endowments, foundations, pension funds, and other institutions use to this day.

Thanks to Swensen and Takahashi, the endowment now stands at more than $29 billion in assets under management.

The two also excelled at team building as former apprentices have gone on to run the investments of Princeton, MIT, Stanford, and many others.

It is unclear if there is a successor in place for Takahashi’s senior director slot. Like Dick Grayson, the first Robin, Takahashi was thought to succeed Yale’s Batman, who is in his 60s. In a similar fashion to Grayson, who went on to become Nightwing and fight crime in neighboring city Bludhaven, it appears Takahashi will close the book on his investing career with Yale to battle climate change, an internal Thursday note reads.

“After more than 33 years of extraordinary service to Yale’s endowment, Dean Takahashi has decided to devote the final chapter of his career at Yale to developing solutions that address the existential threat of climate change,” the note stated, according to Institutional Investor.

How Does Yale Do It? By Being Different