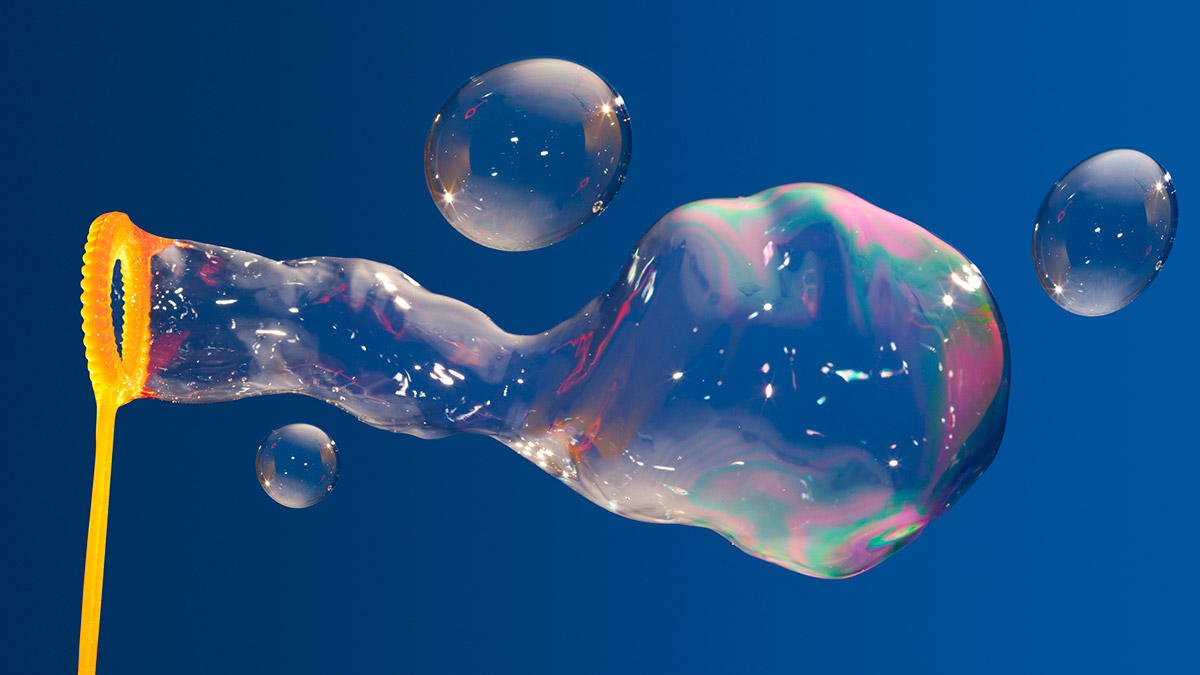 When the S&P 500 took a dizzy dive of 2.6% on Wednesday, it called to mind how precarious the current COVID-19-era bull run is. None of this comes as a surprise to Edward Yardeni, an investment guru of a bearish bent.

To economist Yardeni, the chief villain in what he sees as an overheated market is the Federal Reserve. “If the Fed persists in flooding the markets with liquidity,” he wrote in a note to clients of his Yardeni Research, “the risk is that the Fed will create the greatest financial bubble of all times.”

To Yardeni, the central bank has gone way too far. “The goal was to restore liquidity to the credit markets,” he wrote, and they don’t need any more medicine. “They are clearly functioning well again.”

In March, the bond market and other credit-oriented activities seized up amid panic over the onset of the outbreak. In response, Congress approved a $2.2 trillion rescue package, and the Fed upped the ante: After pushing shorter-term interest rates to almost zero, it embarked on a bond-buying spree that now has reached $3 trillion and counting.

The Fed’s latest iteration of this campaign is to buy corporate bonds, something it never has done before. Some of them are junk-rated, which conjures up that delightful phrase “moral hazard.” (To wit: If the Fed will bail you out, why bother with assessing risk?) And the heedless risk-on spirit extended to the equities arena, too.

The Fed’s policy set off a strong stock rally that erased the February-March correction’s steep losses. And, at least until yesterday, when news of infection surges in the South and West jolted investors, the market was in what Yardeni calls the “Mother of All Meltups.” And one that could lead to a severe crash, he warned.

Yardeni found the spring rally eerily reminiscent of the dot-com skyrocket in 1999, which went out with a bang in early 2000. A similar tumble could result “if the Fed continues to spike the punch bowl,” the economist wrote.

He also criticized the Fed for its fixed-income purchases, which helped spawn record bond issuance lately, of $1 trillion for investment grade companies—a lot of it on the lowest rung before junk-ville, BBB—and $177 billion in high-yield paper, according to Standard & Poor’s.

“It’s hard to understand why the Fed feels obligated to support both the buyers and the sellers of these dodgy bonds since they all well understood the riskiness of owning and issuing BBB-rated debt,” he contended. “The Fed is stoking moral hazard.”

In Yardeni’s eyes, the willingness of young day traders on sites like Robinhood to buy a new stock issue from Hertz Global Holdings, now mired in bankruptcy court, shows a market top. The car rental company, under pressure from the Securities and Exchange Commission (SEC), scrapped the offering, yet the mindset from enthusiastic investors was unnerving to Yardeni.

Appearing on a podcast hosted by newsletter editor James Grant on Wednesday, Yardeni counseled against continuing to ascend the stock market’s giddy heights. “The more you make,” he said, “the more you should want to cash in.”