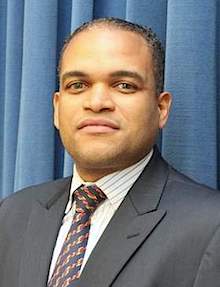 On the private markets side, Alex Doñé has climbed to group chief after 13 months leading private equity for the $162 billion system. The promotion added infrastructure and real estate to his responsibilities, putting Doñé in charge of $17 billion in private and real assets (according to October 2015 valuations).

Doñé, like Haddad, spent years in private-sector investment roles prior to joining the New York City Bureau of Asset Management in 2012. “Improving the operations of our pension funds is a top priority for our administration.”

In announcing the appointments, Comptroller Scott Stringer praised both appointees for their “talent, financial acumen, and leadership ability,” predicting that they will make “an immediate impact at the Bureau of Asset Management.”

“Improving the operations of our pension funds is a top priority for our administration,” Stringer said.

Unlike many of its public pension peers—in Massachusetts, New Jersey, Missouri, among others—improving investment staff compensation has not been part of NYC’s strategy for bettering operations.

Doñé earned $164,827 in 2015 as head of private equity, according to government payroll data complied by the Empire Center, a state think tank.

Haddad’s compensation has not been announced, but current the hedge fund chief made $143,783 last year. CIO Scott Evans—the second-highest paid employee of the Office of the Comptroller—earned $212,462.