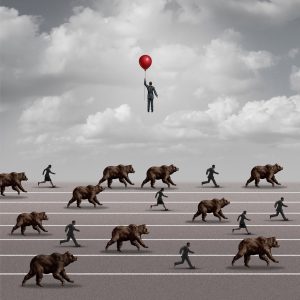 The cost of Fisher Investments founder Ken Fisher’s reportedly sexist and misogynistic comments continues to mount and could top $2.6 billion or more after several institutional investors said they were looking for the exits.

Fisher, who’s company has approximately $112 billion in assets under management, made the comments during a keynote discussion at the Tiburon CEO Summit at the Ritz Carlton in San Francisco in early October.

The $70 billion State of Michigan Retirement Fund has provided the biggest hit to Fisher, withdrawing $600 million of its pension fund from his company.  The $34 billion Iowa Public Employees Retirement System (IPERS) is also cutting ties with Fisher Investments and taking out its $386 million invested with the firm.

“IPERS staff has taken time to evaluate this situation, and it is our opinion that Mr. Fisher’s comments have damaged the credibility of the firm and its leadership,” Shawna Lode, a spokeswoman for IPERS, said a statement. “As a result, the risk to IPERS is that the firm could lose investment talent, and/or it may be unable to recruit high caliber talent in the future. Furthermore, the negative publicity will probably continue to be a major distraction.”

The Boston Retirement System’s retirement board voted unanimously to end its relationship with the Fisher and will take back its $253 million in investments with the firm.

“Boston will not invest in companies led by people who treat women like commodities,” Boston Mayor Marty Walsh said in a statement. “Reports of Ken Fisher’s comments and poor judgment are incredibly disturbing, and I have asked our retirement board to take a vote to end any relationship with Fisher Investments.”

The Philadelphia Board of Pensions also decided to drop Fisher as a portfolio manager and withdraw the $54 million it had invested with the company.

“The trustees and staff of the Philadelphia Board of Pensions find Ken Fisher’s comments, as reported by multiple media, to be sexist, offensive, and wholly incompatible with the board’s values,” spokesman Michael Dunn said in a statement.

Fidelity Investments and the Los Angeles Fire and Police Pensions each have approximately $500 million invested with Fisher, and both have said they are reviewing their current relationship with the manager.

“We are very concerned about the highly inappropriate comments by Kenneth Fisher. The views he expressed do not align in any way with our company’s values,” Fidelity spokesman Vincent Loporchio said in a statement. “We do not tolerate these types of comments at our company.”

And the Florida State Board of Administration, which has $175 million in assets managed by Fisher, said the retirement system is reviewing its ties to the company, according to Reuters.

Additionally, SEI Investments also said it is reviewing its business relationship with Fisher. According to Reuters, SEI is a trustee and sponsor on investment portfolios managed by Fisher for dozens of retirement plans, such as Becton Dickinson and Co, Blue Cross Blue Shield of Minnesota and Nextera Energy Inc.

“The comments made do not reflect SEI or our core values,” the company said in a statement. “As the trustee of certain trusts advised by (Fisher), our fiduciary duty requires us to focus on and protect the interests of the investors in those trusts. We are engaged in a due diligence review of (Fisher) and will make decisions that we believe to be in the best interests of investors after that process concludes.”

So, IPOs Are Disappointing? What Else Is New?