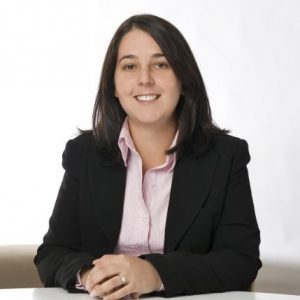 
Australia’s sovereign wealth fund is getting a new private equity head as it aims to expand the division.

In addition to leading the Future Fund’s PE team, Alicia Gregory will also manage its global private equity portfolio. She will report to Wendy Norris, the A$147 billion ($103 billion) organization’s deputy chief investment officer, private markets. This will relocate her from Melbourne to Sydney.

Norris said the Gregory has “extensive experience in leading a global private equity team” as well as running a “sophisticated program including significant co-investments.”

Gregory had spent the majority of her 18-year career at the National Australia Bank’s investment arm, MLC. She started as a research analyst in 2002, becoming the head of European private equity, and eventually ran its global private equity team. She also sits on the boards of Orchard Street Investment Management, Redpoint, and the British Venture Capital Association’s LP committee, according to her LinkedIn profile.

The fund said it will recruit “additional senior staff” to its PE group, as Gregory replaces Steve Byrom, who left the firm last year to start his own investment management company. When Byrom departed, he took colleagues David Simmons and Jasmina Osmanovic with him.

Other than filling Byrom’s shoes, growing the private equity business is part of Future Fund CIO Raphael Ardnt’s mission to secure the fund’s long-term health as global growth slows. Plus, the organization says it aims to be “acceptable but not excessive” in its diverse risk approach.

Ardnt also wants to change up the internal structure,. Last year, he gave himself more responsibilities and promoted Norris from head of infrastructure and timberland to her current role. He also made David George, then head of debt and alternatives, deputy CIO of public markets. In addition to other promotions, the fund created two new jobs: head of portfolio strategy and chief technology officer.

The changes were “focused on simplifying the structure and reinforcing our focus on the performance of the portfolio as a whole,” according to a release.

The Australia Future Fund allocated A$23.3 billion to private equity as of December 31, 2018. The asset class also was one of the fund’s key drivers for last year’s 5.8% return.

Australia is Killing It in the Long Game

Future Fund’s PE Leaders Leave to Start Their Own Firm