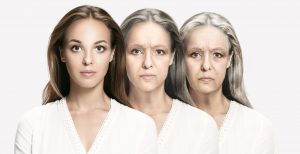 The risks are mounting that countries will not make good on recently adopted pension reforms, despite the urgency created by the accelerated aging of the world’s population, according to the Organization for Economic Cooperation and Development (OECD).

A recent OECD report said population aging is accelerating in most of the 36 OECD countries, and pressure is mounting to maintain adequate and financially sustainable levels of pensions. For example, in 1980 for every 10 people of working age in OECD countries there were only two people older than 65. The report said that number is expected to rise to just over three in 2020, and to nearly six by 2060. Meanwhile, the working-age population is projected to decrease by more than one-third over the next 40 years in several countries.

The OECD report cited recent reforms, such as relaxed age requirements to receive a pension, increased benefits, and expanded coverage.  Examples include contribution rate changes in Hungary, Iceland and Lithuania; increased old-age safety nets and minimum pensions in Austria, France, Italy, Mexico and Slovenia; and benefits for low earners in Germany. Spain suspended certain measures to deal with financial pressures due to aging. Only Estonia raised the retirement age. Italy, the Netherlands and the Slovak Republic expanded early-retirement options or limited previously announced increases in the retirement age.

As economic conditions have improved in recent years, the OECD cautioned against the urge to ease unpopular measures that were introduced during more difficult financial times.

“While financial pressures on pension systems were exacerbated by the crisis, they often also reflected structural weaknesses,” said the report. “Backtracking on reforms that address long-term needs may leave pension systems less resilient to economic shocks in the future and unprepared to face population aging.”

Based on currently legislated measures, a little more than half of OECD countries are increasing the retirement age to 65.9 years on average by about 2060 from the current average of 63.8. But this will not be enough, said the report, as the increase represents half of expected gains in life expectancy at age 65 over the same period.

“By themselves,” said the report, “these changes will be insufficient to stabilize the balance between working life and retirement.”

Despite the improved financial conditions, the report said real investment rates of return (net of investment expenses) of funded and private pension plans were down 3.2% on average in 2018 in the OECD. In 26 out of 31 reporting OECD countries pension plans suffered investment losses, with the largest losses recorded in Poland (-11.1%) and Turkey (-9.4%).  The report said that in several OECD countries 2018 was the worst year on record in terms of financial performance for funded and private pension plans since the 2008 financial crisis.

The investment performance of pension plans over the last 15 years, however, was positive in real terms in 15 out of 18 reporting countries, with Canada seeing the highest average annual return at 4.8%, followed by Australia at 4.7%. By contrast, the annual average return of funded and private pension plans was close to 0% in the Czech Republic and slightly negative in Estonia (-0.7%) and Latvia (-1.0%) in real terms.  Average annual returns also were positive in nominal terms over the last five, 10 and 15 years among reporting countries and remained positive in most of them after adjusting for inflation.