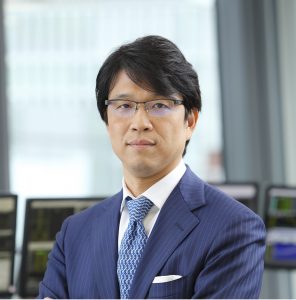 Hiromichi Mizuno, the chief investment officer of Japan’s Government Pension Investment Fund, will lead the nearly $1.5 trillion pension behemoth for at least six more months, according to an announcement on the Tokyo-based fund’s web site.

Mizuno, who will lead GPIF through March 31, has been chief investment officer of the fund since January 2015. His previous term ended on September 30. The fund owns about ten percent of the Japanese stock market and about one percent of global stock market.

Since his arrival at the world’s largest pension fund, the former private equity and banking executive introduced the culture of investment banking to the institution. He has made major changes to the investment strategy, initially moving the fund’s shift away from stocks to domestic debt. On Monday, the Nikkei announced that the fund continues to move away from domestic debt, given ultra-low rates in favor of holding more foreign bonds. He also pushed for assets that reflected environmental and social concerns.

The fund is a topic for a Harvard Business School case study. On a recent podcast, Harvard Business School professors Rebecca Henderson and George Serafeim noted that Mizuno has improved corporate governance, increased gender diversity and addressed climate change, radically re-thinking institutional investing. Mizuno’s approach to the fund, which has influenced other firms, was unusual because his strategy incorporated these factors into investment decisions simultaneously.

“The radical part was thinking about all three. Many Japanese asset managers and investors were worried about governance,” said Henderson. “It was the idea that you should focus on E and S as well when everyone was, like, ‘Whoa, why are you doing that?’ I mean, that was very countercultural…We have a protagonist who’s absolutely trying to change the world.”

Mizuno has embraced change in other ways. He hired a consultant to help the fund adapt to alternative investments, as its regulatory framework was set up only for investments in public equities and fixed income rather than Japanese government bonds.

The co-chair of the Milken Institute’s Global Capital Markets Advisory Council even turned to technology. In November 2017, GPIF collaborated with Sony Computer Science Laboratories to study the impact of AI on asset management. Specifically, Mizuno sought to apply the technology for evaluating and monitoring fund managers. The effort culminated in a study that addresses how AI could be used to help each manager execute, depending on investment styles.

“We’re just trying to prove [that] even boring organizations like the GPIF can benefit from AI,” he said.