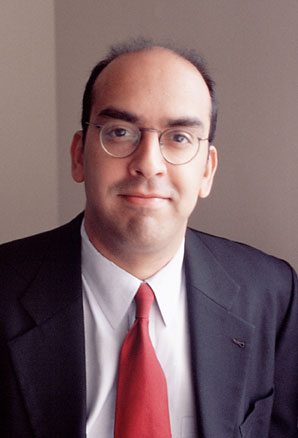 “Narv is a highly successful endowment manager with an outstanding 14-year track record heading a large endowment, providing steady leadership, and delivering strong returns,” said Paul Finnegan, chairman of HMC’s board of directors. “He is a superb leader and mentor with a proven ability to recruit, build, and retain a talented and committed investment team.”

Narvekar is the endowment’s fourth CEO since Jack Meyer’s departure from HMC in 2005. He fills the role left vacant by Stephen Blyth, who resigned in July after less than two years as chief executive. Blyth had initially taken a “temporary” medical leave in May.

“It is an honor to join such a prestigious investment organization and help support the mission of Harvard University,” said Narvekar. “HMC has an unparalleled investment platform among endowments and I look forward to working with the HMC board and team and using my investment experience to serve Harvard in the most effective way possible.”

In a separate statement, Columbia announced that CIO Peter Holland would replace Narvekar as the endowment’s CEO. Holland will officially assume his new role on Monday.

Jonathan Schiller, chair of Columbia’s board of trustees, said Holland made “tremendous” contributions to the fund as investment chief and “played a key role in developing both a risk-adjusted investment approach and our investment manager selection process.”

“We appreciate Narv’s exceptional service and his hiring by Harvard is a powerful affirmation of the strategy, structure, and people assembled at Columbia’s IMC [Investment Management Company],” he said.