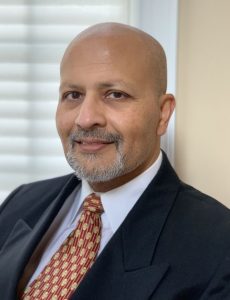 “I had the pleasure of working with Sanjeev for more than 13 years at CIMC and we are thrilled that he will be joining the team,” HMC CEO Narv Narvekar said in a release. “His experience building and managing an extraordinary operations and IT effort at a leading endowment will be a great asset as we continue our organizational transition.”

Daga, who has been COO of CIMC since 2003, will replace COO Bob Ettl, who is retiring. Prior to joining CIMC, Daga was a senior vice president of risk management for Royal Bank of Scotland (RBS), and before that he was a risk manager at National Westminster Bank. He has an M.B.A. from the New York University Stern School of Business, and a B.A. from Rutgers University.

“I am excited for the opportunity to join HMC and build on the work that Narv and the team have undertaken over the last two years,” said Daga. “I look forward to meeting with members of the team in the coming months and learning about the challenges and opportunities ahead, so that I can hit the ground running in February.”

Ettl has been managing director and COO at HMC since October 2008. Before joining HMC, Ettl was a managing director at Allianz Global Investors, and prior to that he was an executive vice president at Pacific Investment Management Co. (PIMCO).

“After a long, successful career in finance, Bob made clear to me a while ago that he was looking forward to retirement,” said Narvekar. “I have been incredibly fortunate to have him as a partner in both the assessment and implementation of the strategy we developed.”

Ettl will stay on with HMC through early 2019 to help Daga transition into the role, and then continue as an adviser until the end of the year.

HMC also announced that CFO Kevin Shannon will retire at the end of 2019 after 10 years at the firm. The company said Daga will determine whether a new CFO is needed, or if the responsibilities of the position will be distributed among the existing team.