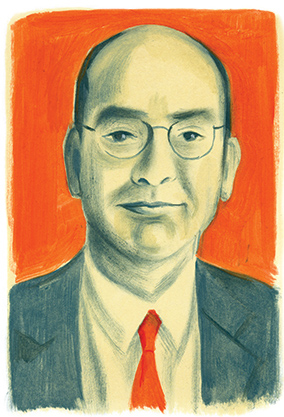 Narv Narvekar, CEO, HMC (Art by Chris Buzelli)Harvard University’s endowment will fire half of its staff of 230 by the end of 2017, according to a Harvard Crimson report.

The radical change is the first major action taken by Narv Narvekar, the $35.7 billion endowment’s new chief. It also signals a move away from a “hybrid” investment approach of using internal investment staff and external managers.

The largest US endowment is expected to shut down its internal hedge funds and spin out its direct real estate team, according to the Wall Street Journal. Harvard Management Company’s (HMC) natural resources portfolio and passive exchanged-traded funds will remain in-house.

“As a result of these changes in investment strategy, the HMC organization will be significantly streamlined by the end of calendar year 2017,” Narvekar wrote to the Crimson. “We can no longer justify the organizational complexity and resources necessary to support the investment activities of these portfolios.”

Additionally, HMC announced Wednesday it has added to its team a CIO and three managing director, who will report to Narvekar.

Rick Slocum, who was most recently CIO of New York-based family office the Johnson Company, will join the endowment as investment chief in March 2017.

Previously, Slocum led private equity and portfolio management at the Robert Wood Johnson Foundation, and was senior director of the University of Pennsylvania endowment.

Vir Dholabhai, Adam Goldstein, and Charlie Saravia were named the endowment’s newest managing directors, HMC said. The three all worked with Narvekar at Columbia University’s endowment for nearly a decade.

Narvekar, who managed Columbia’s $9.6 billion endowment for 14 years, joined Harvard last December. He has been tasked with improving the endowment after years of poor returns and turnovers in leadership.