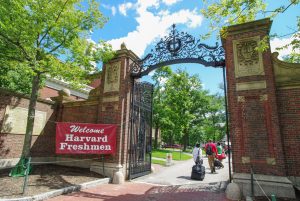 Despite not being pleased with Harvard endowment’s investment returns of 6.5% and 8.1% for the past two years respectively, Harvard Management Company CEO N.P. “Narv” Narvekar said there is “some good news” as the endowment’s five-year restructuring process is beginning to show “positive indicators of progress.”

“Culture, organizational structure, and incentives were central to the deep issues that HMC faced and are crucial to our solutions,” said Narvekar. “Most importantly, we operate as one team, not as siloed specialists. We will succeed thanks to the dedication and skill of all team members. While we still have much work to do, we are well on our way.”

Because public equities and hedge funds are the most liquid investments in the portfolio, Narvekar said the asset classes are the areas in which the generalist investment team has had the most immediate impact. Over the past two fiscal years, both asset classes have outperformed their respective benchmarks, and on a combined basis they outperformed the blended benchmark by more than 2.25% annualized over the same period.

Narvekar regards the performance as “very good, albeit not excellent.” However, he said it he is “particularly pleased with our hedge fund performance, as it was not driven by positive equity markets.” Narvekar said that the current hedge fund portfolio, by design, has less exposure to equity markets than any such portfolio he has overseen during his 21 years of managing endowments.

“Since much of this legacy illiquid group has had unremarkable returns and has been a drag on performance,” said Narvekar, “we are all the more pleased with our impact on the more liquid portion of the portfolio.”

However, Narvekar points out that while the results have been positive so far, two full fiscal years is “far too short” to make a meaningful assessment of the true impact of the restructuring.

“As long-term investors, we think in terms of at least 10-year performance,” said Narvekar. “As we build toward that timeframe in the liquid parts of the portfolio, there will be good and bad years. What is clear is that the early results provide a positive affirmation of our approach and represent a significant step forward for HMC.”

In the report, Narvekar also discussed a new risk framework forHarvard Management Company, which he said is a critical tool in its portfolio management.

“HMC generally takes lower risk and, therefore, will likely generate lower returns than many peers over a market cycle,” said Narvekar. “During these discussions, we will determine if this approach is appropriate or not … I believe that we will conclude these discussions over the next eighteen months or so, which will help inform allocation decisions in future years.”

The portfolio’s top-performing asset class during fiscal 2019 was private equity, which returned 16%, followed by real estate, which rose 9.3% during the year. Public equity returned 5.9%, while bonds/Treasury Inflation-Protected Securities (TIPS), and hedge funds returned 5.7% and 5.5% respectively. The worst performing asset classes were natural resources, and other real assets, which lost 12.4% and 8.3% respectively.

Harvard ‘Not Pleased’ with 2018 Performance

Al Gore Calls on Harvard to Divest from Fossil Fuels