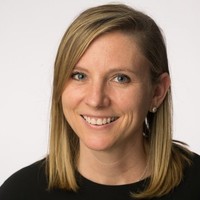 Burton replaces Vijoy Chattergy, who, according to the system, resigned as chief investment officer of the Employees’ Retirement System effective February 22, 2018.

“Burton is dynamic and highly regarded by her peers in the investment community,” Catherine Chan, chair of the system’s board of trustees’ CIO search committee, said in a release. “We are confident that Ms. Burton will serve our state and county members, retirees, and beneficiaries well.”

Prior to joining the Maryland State Retirement and Pension System in 2016 as a senior investment analyst, Burton owned William Street Advisory, a strategic advisory practice she founded in 2013. Prior to that role, she was a senior economist with Criterion Economics, and a consultant at First Annapolis, where she worked on mergers and acquisitions transactions, and consulting.

Burton’s previous positions also include co-portfolio manager and quantitative risk analyst with a South Africa-based fund of hedge funds, a trader of fixed income securities for a risk management firm, and a portfolio management associate with a quant-focused fund of hedge funds. She is a chartered alternative investment analyst charter holder, and was named as one of CIO’s  Forty Under Forty in 2017.

The Hawaii Employees’ Retirement System has a total state and county membership of more than 138,000 and pays annual benefits in excess of $1.3 billion to more than 46,000 pensioners and their beneficiaries.