2014 was the worst year for hedge fund managers, regardless of their skill, according to analytics firm Novus.

Like an expert fisherman facing an empty lake, hedge fund managers found historically low rewards for their abilities (if any) to outperform indices.

“In 2014, a portfolio manager could have been just as good at timing the market, or picking winners and losers, or sizing those positions effectively as she’d always been, but the returns from an alpha-generation standpoint won’t show it,” said Joe Peta, managing director at Novus.

According to Peta, tactically shifting net exposure to a stock proved ineffective due to low volatility. Daily average realized volatility for the S&P 500 declined for three consecutive years to just above 50%—well below the 10-year average—the firm’s data showed.

Like volatility, the spread between the average outperformer and underperformer in the S&P 500 hit a multi-year low at just 31.6%. The 10-year average, in comparison, was 42.6%.

“The ability to pick winners and losers beforehand, the skill of relative-value pairing, which is the very basis for the theoretical value of superior risk-adjusted returns in a long/short hedge fund, has almost certainly never been worth less during the existence of virtually every hedge fund,” Peta said.

Furthermore, the ability to size positions efficiently failed to add much value in 2014, Peta said. The spread between the top and bottom half of S&P 500 outperformers were just 29.9%, according to Novus, while the difference for underperformers was even lower at 21.6%.

Such market environments contributed to a five-year high of hedge funds closures last year. A total of 904 hedge funds closed in 2014, according to HFR, with funds returning an average of 5.5% while the S&P 500 gained 12%.

Sources familiar with the company told the news organization that the fund recorded a loss of 0.8% following a steady decline in returns the past few years. 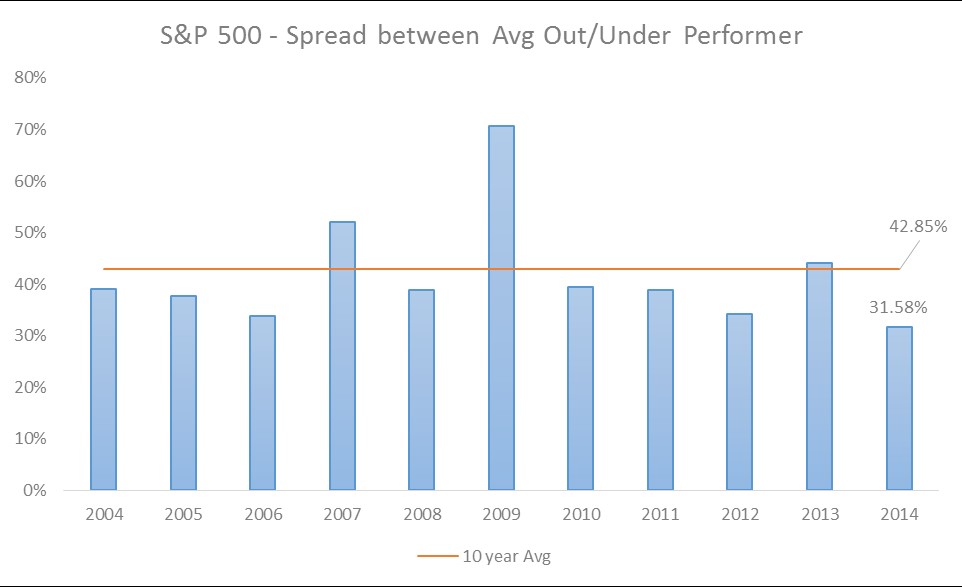 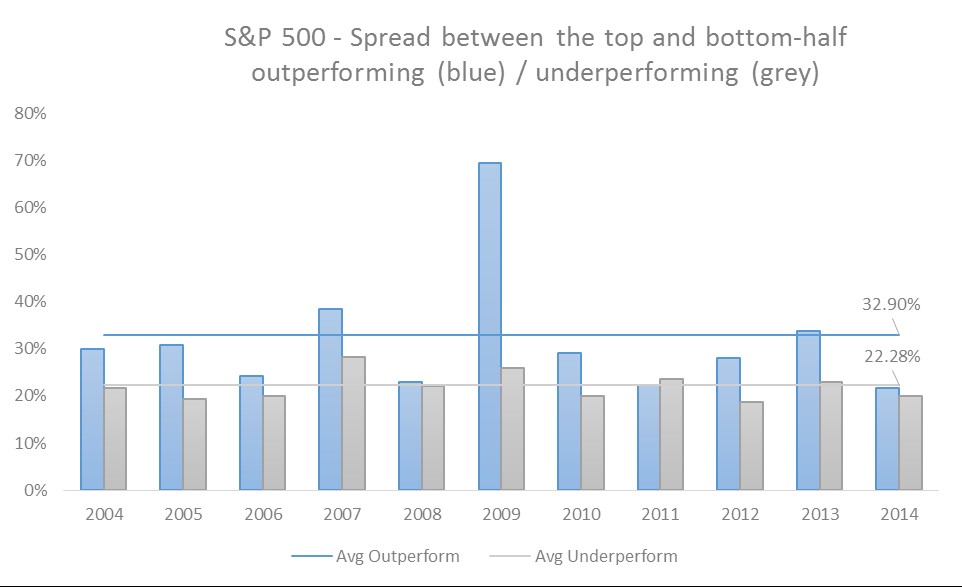 « Is It Too Late to Break Into Real Assets?