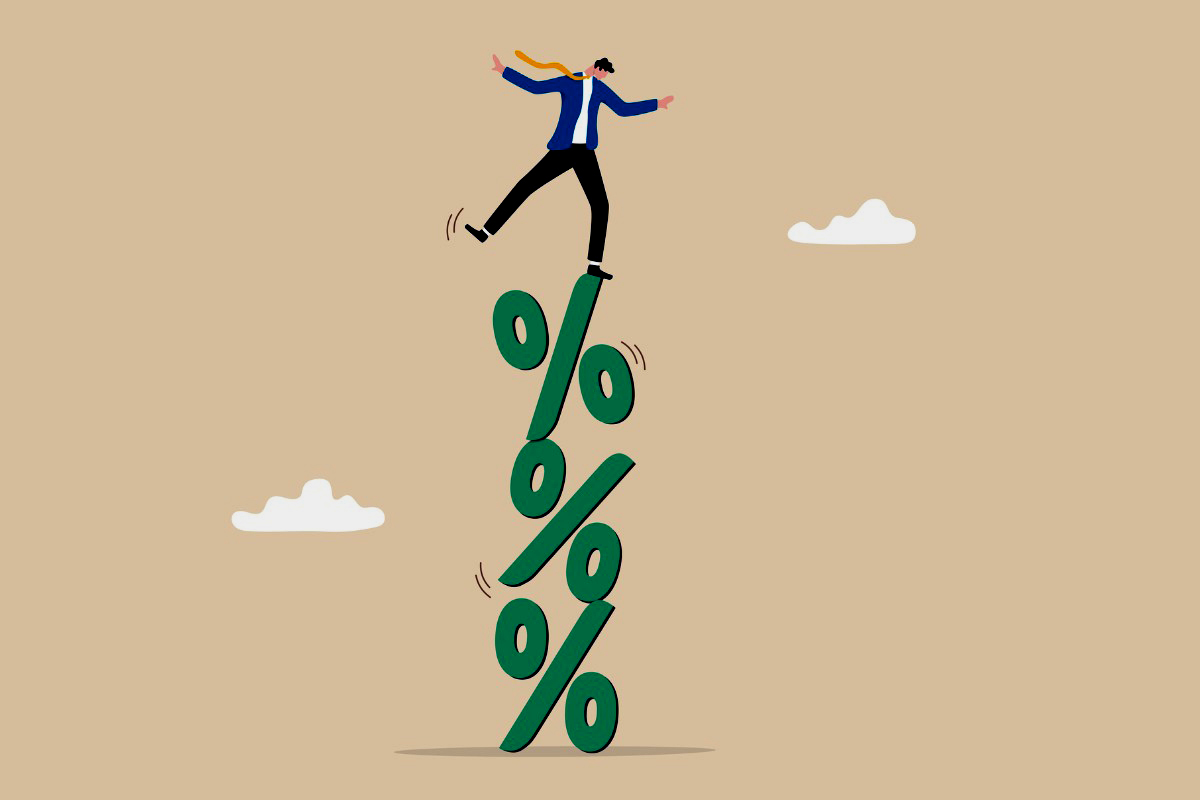 The big debate on Wall Street is how high the Federal Reserve will take interest rates, aiming to stamp out high inflation, and if they will stunt the economy. There’s a case, though, that interest rates will head in the other direction.

The momentum right now is for ever-higher rates. James Bullard, president of the St. Louis Fed, contends that the Fed funds rate needs to climb to somewhere between 5% and 7%. Futures markets are convinced that the central bank will increase by half a percentage point at its mid-December meeting, which would put it in a 4.25% to 4.5% band.

The other side of this debate, which typically gets less attention, is that rates will be cut in 2023 as the economy heads south. Jeremy Siegel, emeritus professor of finance at the University of Pennsylvania’s Wharton School, is a prominent proponent of the dovish viewpoint. Siegel “would not be surprised to see the Fed reversing course next year from uber hikes back to rate cuts,” he wrote recently in his commentary for WisdomTree Investments, where he is a senior investment strategy adviser.

The reason, of course, is that he expects an economic slowdown severe enough to bring radical rate cuts. He expects there will be “a 2% Fed funds rate by the end of 2023,” he wrote.

Evidence of a weakening economy buoys his prediction, he argued, although the Fed at the moment seems more focused on constraining high inflation. The Producer Price Index has been slowing all year, turning negative in July, hitting zero in August and advancing by minuscule amounts (0.2% in September and October) since.

The deceleration of the PPI, which measures wholesale prices, was a non-event at the Fed, Siegel complained. Fed officials, in public appearances, ended up “ignoring these improving price trends,” which he believes portend a lessening of inflation.

In addition, the National Association of Home Builders Housing Market Index, done in conjunction with Wells Fargo, continues to show that this important economic sector is shrinking, he pointed out. The NAHB index, a gauge of builders’ confidence, has fallen almost 60% this year. “This did not translate to a major drop in housing starts or home sales yet, but we will surely see more pressure on housing prices given the surge in mortgage rates,” Siegel remarked.

While the labor market remains strong, Siegel went on, he expects that to be temporary.

Once the jobs situation sours, he said, the Fed will wake up. But that may well be too late, he added.

In that scenario, a deeper recession than necessary will ensue because the Fed did not lower rates soon enough, in his view.

“There is still a small chance we can avoid a recession if the Fed recognizes the inflationary impulse and pressures are over and eases off the brakes,” Siegel declared.

Jeremy Siegel: What to Buy to Be Insulated From Inflation

Interest Rates Are Up, So Why Are Bank Stocks Down?