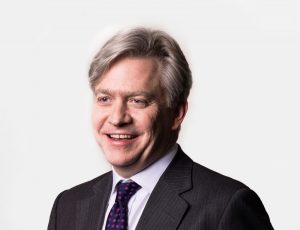 Hamilton, who will report to Hirtle Callaghan CEO Ranji Nagaswami, will be responsible for the firm’s entire investment program, and will also chair the company’s investment policy committee. He has nearly 25 years of investment experience, with a concentration in capital allocation globally, across various asset classes and alternative strategies.

Hamilton most recently worked at OppenheimerFunds, where he was the CIO of asset allocation since 2013, and led a team of 20 investors managing approximately $12 billion. Prior to that, Hamilton was at AllianceBernstein for nearly 20 years, and in his last role was investment director of the dynamic asset allocation portfolio management team.

“The addition of an industry veteran of Mark’s caliber further deepens and complements our talent bench; we are thrilled to have him lead our investment team,” said Nagaswami in a release. “In markets that are more complex than ever before, we have assembled an incredibly talented team to serve our clients with the strongest investment capabilities in the industry.”

Hamilton holds a master’s degree in finance and applied economics from the Sloan School at the Massachusetts Institute of Technology, and a B.A. in international relations from the University of Southern California, Los Angeles.