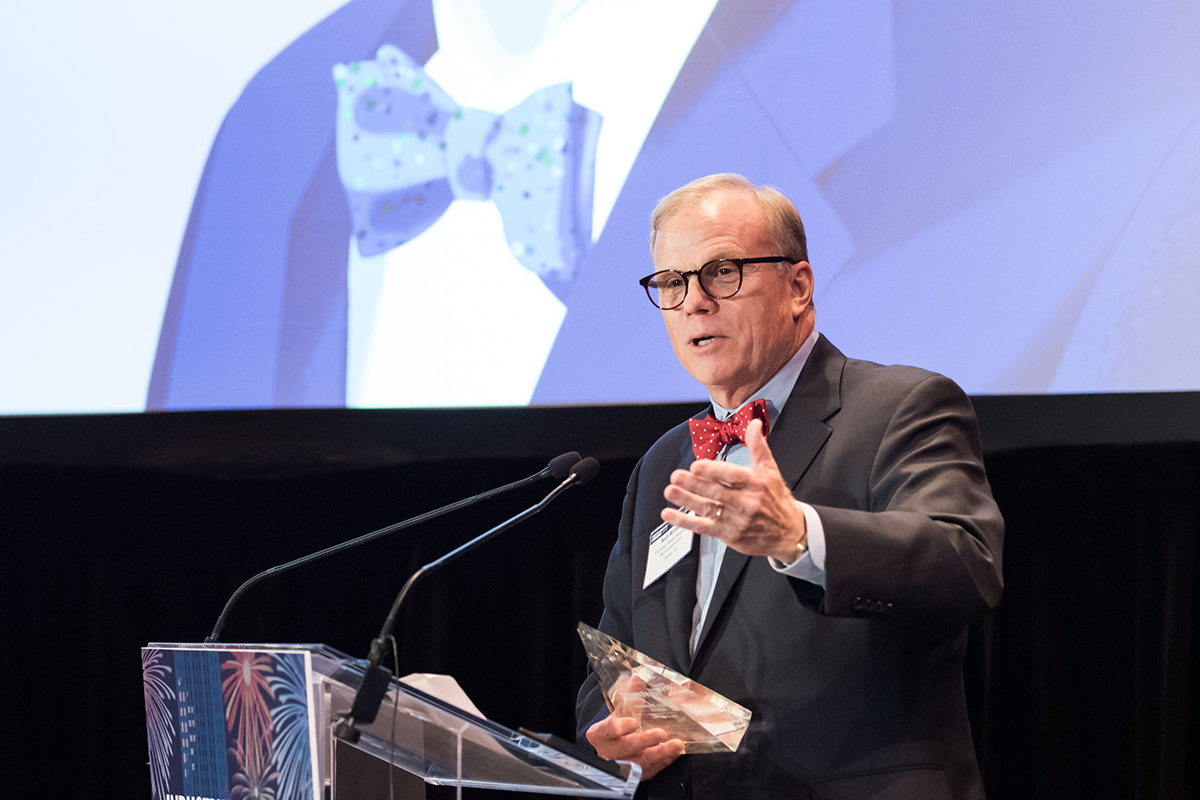 Ash Williams isn’t bashful, nor should be. As he put it in an interview with CIO, “45 years of experience is useful to finance.” The former CIO of the Florida State Board of Administration started Monday in his new job at J. P. Morgan Asset Management, where he’s the vice chair for asset management.

He retired in September from the SBA, which he had headed since 2008. Last week, the bank announced his hiring.

He brings a lot to the table, to say the very least. In the part-time position, Williams said he will “serve as a source of knowledge.” And of course, he will give JPM access to his many relationships as it builds its already considerable institutional business. “I’ll be a voice for the firm,” he indicated, with public appearances to discuss the bank’s policies.

And a lot is going on in the world right now that a major financial player like JPM needs counsel on. One instance he cited was “the gap between people’s retirement savings” and what they need. The fear is that “a lot will end up living in poverty.”

Regarding American public pension programs, some of which have faced struggles in recent years, Williams commended places like Kentucky for improving their funded status and plan operations. “A constant long-term view is needed” by pension plans, he said. “It’s understanding reality and data.”

One reason he was drawn to JPM, he said, was that “I was impressed by their capabilities, by their ability to draw smart inferences” and turn those into strategy. He said he was “a huge fan” of the bank’s chief, Jamie Dimon “who is very charismatic” and a far-reaching thinker. He complimented Dimon on the JPM chairman’s idea about a new Marshall Plan for Europe “that would wean them off Russian energy.”

Figuring out risk is part of his purview, made all the more urgent by “the first shooting war in Europe we’ve had since 1939,” when World War II started.

Williams pointed to historian Niall Ferguson’s views on how wars can lead to inflation and currency traumas. He noted that many on Wall Street today had never lived in a time of high inflation, as he had, in the 1970s. Despite talk of the end of globalization due to the rise of nationalistic sentiment across the map, he said he had doubts that trend would end. “I don’t think it’s over,” he said.

Principally, he can’t see how the U.S. could re-shore all the industrial tasks that have gone overseas. “We don’t have the labor, the plants, or the equipment” to repatriate the manufacturing output that has departed, he said.

A Florida native, he will be based in Tallahassee. His ancestors settled in Florida “before it was a state.”  Aside from the new job, other past-times beckon. He said that he is “going back to golf,” which he played long ago. His wife, Jan, is a tennis buff. He has three daughters—one relatively nearby in Alabama, and two in Washington, D.C.—and three grandchildren.  The Williamses also are building a second home in the North Carolina mountains.

Another of his favorite activities is to ride his motorcycle, an Indian Scout:  a 2017 model designed to resemble the original from the early 1900s. “It looks vintage, with a leather seat, lightweight, and a powerful engine,” he said.

Williams likes to ride the bike north through the piney hills of Georgia, or south to the St. Mark’s Wildlife Refuge. The refuge features an 1831 lighthouse, salt marshes, and a menagerie of alligators, eagles, and whooping cranes.

Wherever he goes and whatever he does, Ashbel “Ash” Williams is sure to bring his signature energy and grace.