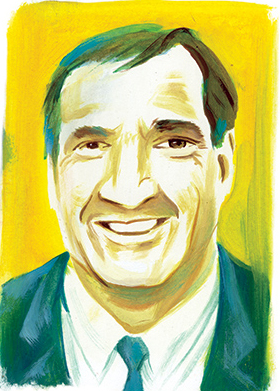 Dialogue with external managers in the past 18 months resulted in “more thoughtful consideration of investment opportunities, higher quality, and lower risk portfolios for Yale, and better environmental outcomes,” CIO David Swensen wrote in an update to university staff and students yesterday.

Yale initiated talks with managers regarding greenhouse gas emissions and the potential impact of regulation in August 2014, with a letter from Swensen detailing its new policy. Rather than enforce strict divestment rules as other large institutions have, Yale asked managers to “consider the economic impact of climate change on investments, without placing definitive restrictions on portfolio decisions.”

The CIO said many of Yale’s external managers had taken positive action to reduce their investments in companies or assets exposed to different forms of climate change risk in the 18 months since.

“In general, Yale’s managers supported the approach of the letter and appreciated the admonition to consider the economic impact of climate change on investments, without placing definitive restrictions on portfolio decisions,” Swensen said. “Many expressed enthusiastic support and highlighted actions their organizations planned to undertake to support Yale’s objectives.”

At the end of the endowment’s fiscal year, June 30 2015, Yale had “de minimis exposure” to thermal coal miners and oil sands producers of less than $10 million, Swensen said. Since that date, the two remaining managers with such holdings had exited their positions and stated their intention not to return to these sectors.

“Many managers expressed enthusiastic support and highlighted actions their organizations planned to undertake to support Yale’s objectives.”In addition, following discussions with Yale one specialist energy manager (unnamed by Swensen) developed a framework for “assessing, reporting, and comparing the greenhouse gas intensity of fossil fuel operations.” The manager reviewed all its holdings to assess the effect of emissions regulations, and led discussions among other energy investors about such risks.

“The firm hopes that by gathering data and modeling the greenhouse gas intensity of an operation, investors can build greater awareness of the characteristics that lead to lower greenhouse gas intensity and ultimately make better decisions on future investments, either by avoiding more challenged assets or by improving a project’s design,” Swensen wrote.

The climate change risk policy also affected Yale’s selection process for new managers. For example, discussions with another energy manager “revealed a divergence of views and attitude between Yale and that manager towards the risk of climate change,” Swensen said. The manager was not given a mandate.

“Although public scrutiny has focused on investments in fossil fuel producers, the investments office approaches the climate change issue more broadly by considering any exposure with risk related to climate change and potential regulations aimed at reducing emissions,” Swensen wrote. “That consideration includes, for example, asking managers about the implications of climate change when evaluating farmland acquisitions in southern locations or pushing our partners to consider the risks of owning low-lying coastal real estate.”

« A Robot Wants Your Job