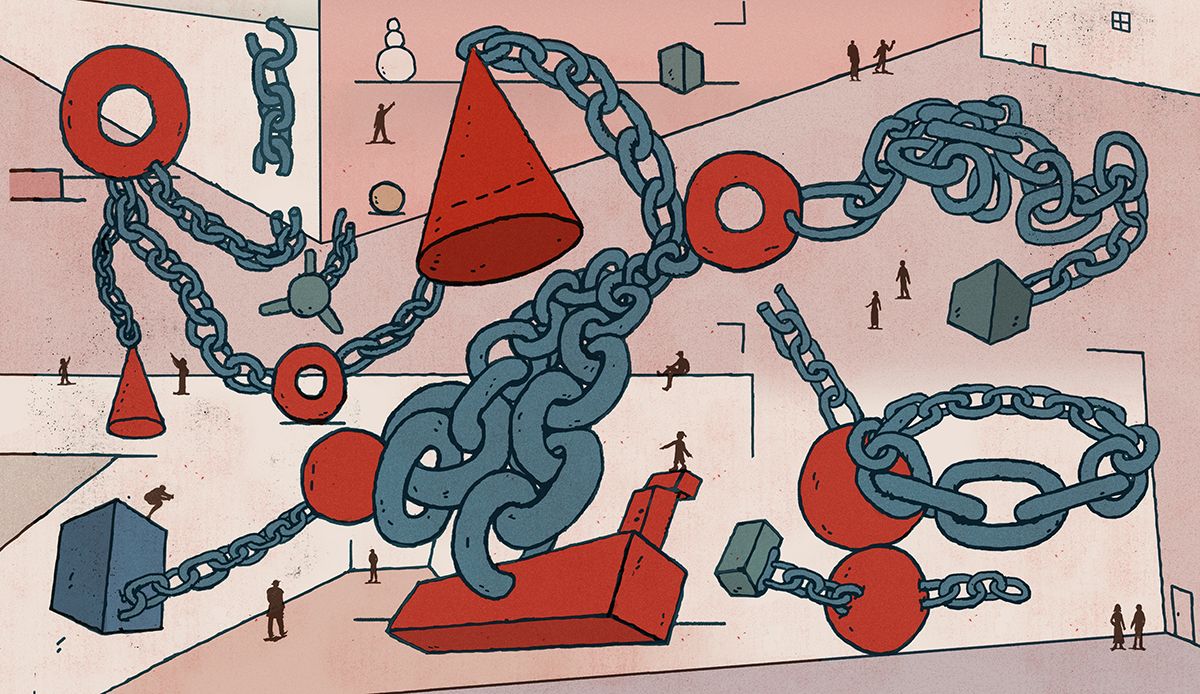 After a decade in which emerging markets returns lagged those of the American stock market, many institutional investors say that emerging markets securities continue to face significant headwinds.

Those headwinds include challenges posed by the ongoing pandemic and the slow recovery of global supply chains. In addition, emerging markets are up against rising anti-globalization sentiment, a strong U.S. dollar and the Russia-Ukraine war.

“The events have created the most heterogeneous environment we’ve seen in a decade with unique country monetary, fiscal and pandemic policies,” says Carlos Rangel, vice president and CIO at the W.K. Kellogg Foundation. “In general, developed markets provided more stimulus and support. We are tracking currencies as a near-term adjustment mechanism, differentiating between EM commodity importers versus exporters, inflation stress points, and tracking who wins if U.S. companies manufacture less in China over time.”

The trends impacting emerging markets have created a difficult environment for investors interested in allocating capital to less developed economies. China, the world’s second-largest economy, has seen a significant economic slowdown amid a Covid Zero policy that continues to mandate disruptive lockdowns.

“It has really been close to a perfect storm of macro elements impacting emerging markets,” says Doug Cohen, a managing director and portfolio manager with Fiduciary Trust International. “The basic question has become whether these countries are really investable. For the time being, Russia is indisputably uninvestable. With China, there’s more room for debate and, on balance, one could look to have some China exposure. It would be imprudent not to have some.”

Cohen also has a muted outlook on eastern European countries, given their proximity to Ukraine and Russia. But other emerging markets countries, including some in South America and the Middle East, look more interesting by comparison, Cohen says.

Opportunities Over the Long Term

He’s not the only one who sees opportunity in emerging markets.

“Maybe I’m an optimist, but valuations in emerging markets continue to remain attractive over the long term,” says Brian Neale, CIO at the University of Nebraska Foundation. “From a valuation perspective that creates opportunity, but it creates some challenges as well.”

One of those challenges is inflation, not only in terms of economic impact, but also because of its potential impact on the political stability of those countries, Cohen says, citing the Arab Spring, which started, in part, due to inflation and rising food prices.

“If I were to take a 10-year-plus view and look at where we are valuation-wise, not that much has to go right for emerging markets to outperform,” Cohen says. “There is a reversion to the mean argument, especially if you are somewhat diversified, given country-specific risk.”

Sticking to the Plan

At the New Jersey Division of Investment, the emerging markets allocation target remains at 5.5%, a level that has not changed in recent years, says Shoaib Khan, its director and CIO.

“We are slightly under target, but we are not that far from it,” he says. “We are in a bit of a defensive position across the board because of volatility in the markets, but we continue to remain constructive over the long term.”

Neale says he’s also staying the course in terms of allocation, which he says he can do thanks to a perpetual time horizon, as well as other portfolio factors, including ample liquidity elsewhere.

‘The Next Best House on the Block’

“I’m having a tough time with the China exposure,” he says. “There are some great companies there that are cheap, but I have some concerns, so I’m looking for the next best house on the block.”

In particular, Klein says, he’s bullish on India due to several factors, including its transition to a national market and its expansion into renewable energy. He also likes its preeminence in information technology and the way that the country is gaining a foothold in supply chains that were previously rooted in China.

When looking at emerging markets investments, Klein says he generally prefers companies focused on their local markets versus companies seeking business globally. Such companies benefit from positive demographic trends in those the countries.

“If you look at Japan, and the United States, and Europe, we are an old persons’ home,” he says. “Emerging markets are where the young people are. It’s where they’re going to be working and producing, not taking retirement benefits.”

In addition, many emerging markets countries have a rising middle class, which boosts demand for infrastructure, and a growing consumer base.

“These are all long-term, structural trends that will continue despite the short-term cyclical events,” Khan says.

“In the last five years, we’ve seen more regional success stories as companies solve common pain points across EM countries by region and founders have bolder visions for their companies.”

Rangel says he does not have a mandate in emerging markets debt and does not plan to add one in the medium term.

“It is our view that the [foreign exchange] overwhelms the fixed-income decision,” he says. “At best, emerging markets debt would be a multi-month, tactical view expressed via ETFs or swaps.”

Klein says he stopped investing in EM bonds more than a year ago, preferring to keep a portion of his portfolio in cash, despite the negative real returns. In his view, bond investments aren’t worth the interest-rate risk.

Cohen has a similarly bearish outlook on emerging markets debt.

“It’s a difficult backdrop for fixed income generally, and when you layer in emerging market risks like inflation and geopolitical shocks and the potential for liquidity markets, it’s very difficult to be bullish on emerging market bonds as a whole,” he adds.