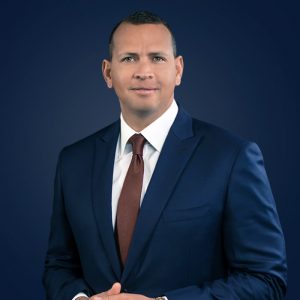 When you think of Alex Rodriguez, it’s of the former New York Yankees player’s 22-year baseball career. These days, the ex-shortstop and third baseman hits alpha out of the park with his personal investment organization, which focuses on alternative investments.

“Fear was the starter of A-Rod Corp.,” he said during a keynote fireside chat at Wednesday’s EisnerAmper Alternative Investment Summit in New York City, reflecting on the moment he realized the average player only sees five and a half years in the big leagues.

So he decided to turn his celebrity and player-acquired wealth into long-term investments. Rodriguez quietly planned his next income moves in secret from his teammates, buying pieces of real estate as a contingency for when he’d eventually exit MLB. Around 2008, he met a Sam Zell worker and his wife, a comptroller, who helped teach him the tools of the trade. “He’s been key,” said A-Rod.

“The numbers are fascinating,” he said, confessing that he didn’t (and still doesn’t) understand why or how elite venues such as Madison Square Garden could sell out to people watching professional video gamers. But the slugger, who had more than 3,000 hits in his career, invested in NRG Sports anyway. “I said, ‘Come again? We’re going to go watch kids play video games and where’s the sport?’”

After millennials on his investing team enlightened him, Rodriguez (kind of) got it. “They said, ‘That’s the sport.’ I said, ‘OK, buy it.’”

How He Does It

When choosing his investments, Rodriguez’s team first goes for “a company with a great product,” before checking its leadership and track record.  A-Rod Corp. then looks at scale and analyzes the big data around a company. His firm tends to stay in the middle markets, and invests for the long-term. “We like the family office approach,” he said.

And the folks that make it happen? The retired athlete has a diverse staff from various backgrounds. When it comes to hiring his investment team, Rodriguez looks for people “way, way smarter than me” and added that the ethical decisions of the women on his staff help protect the “blind spots” of the men, who tend to look at things more analytically, when it comes to deals.

“The reason why women make the most money in my firm and have a seat at the table is not because they’re women, it’s because they’re the smartest people that I could find,” he said to a resounding applause.

Although he “doesn’t go looking for the United Nations” when he makes his hires, Rodriguez just happens to have a diverse team from various backgrounds that also “don’t care about baseball,” such as Chief Investment Officer Lane T. Lamure, who has a hedge fund background.

“I want gatekeepers. I want people who are saying ‘No’ to me constantly,” Rodriguez said. “I want people around me who are always protecting my blind spot.”

For the next five years, A-Rod wants to focus on commitments with early partners, and work with some more family offices, but not too many as he’d rather not spread A-Rod Corp. too thin. “We like the evergreen approach,” he said. “We don’t have to worry about selling in downturns.”

As for the real estate outlook, A-Rod told CIO he is “extremely bullish” long-term. “I don’t know what’s going to happen in the next year or two, and honestly I could care less,” he said.

Rodriguez then told a room of investors that he “almost doesn’t care about interest rates” and didn’t even know what the Federal Reserve’s Wednesday decision was as “patience is the key.”

He said his firm only buys properties and companies that it thinks will be great 20 years down the road. “We really want to own assets that hopefully my daughters and my grandkids are going to own,” he said.

« CalPERS Sets Up Trust to Allow Employers to Prefund Contributions