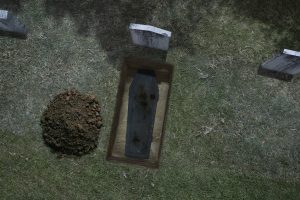 A group of jaded investors have put the crypt in cryptocurrency by asking police to exhume the body of the founder of Canadian digital platform QuadrigaCX who died suddenly last year. Gerald Cotten took to his grave passwords for digital wallets holding approximately C$180 million ($135 million) of investor funds that no one has been able to recover.

Lawyers representing QuadrigaCX investors have sent a letter to Royal Canadian Mounted Police asking them to conduct an exhumation and post-mortem autopsy on the body of Cotten “to confirm both its identity and the cause of death given the questionable circumstances surrounding Mr. Cotten’s death and the significant losses of affected users.”

The lawyers said they enclosed a detailed compilation of publicly available information on the history of Quadriga, Cotten and others related to Quadriga “which, in our view, further highlight the need for certainty around the question of whether Mr. Cotten is in fact deceased.”

Lawyers for the investors also asked that the exhumation and autopsy be completed by Spring of 2020 “given decomposition concerns.”

The 30-year-old Cotten died in December 2018 due to complications from Crohn’s disease while traveling to India, where his widow says he was going to open an orphanage.  After his death QuadrigaCX, which had approximately 115,000 users, said it could not locate or secure a significant amount of cryptocurrency reserves.

Cotten’s widow Jennifer Robertson said in an affidavit that she has received online threats and “slanderous comments” including questions about the nature of Cotten’s death, and whether he is dead, according to Reuters.

After unsuccessful attempts at accessing the funds QuadrigaCX said it had to make “the tough but necessary decision to file for creditor protection.”

Investors were suspicious about the sudden death because of Cotten’s young age, and the inaccessible funds. Those suspicions grew in June when Ernst & Young, the court-appointed monitor and later trustee for QuadrigaCX, released a stunning report. It said that Cotten had transferred millions of dollars worth of Quadriga funds to personal accounts and/or to fund personal assets prior to his death.

Ernst & Young also said that “substantial funds” were transferred to Cotten personally and other related parties, but that it has not located any support justifying the transfers. Funds received from and held by Quadriga on behalf of its users also were used by Quadriga for several purposes other than to fund user withdrawals.

“It appears that Mr. Cotten liquidated all of the Bitcoin deposited in the account on the third exchange (except for eight Bitcoin) for the equivalent of approximately $80,000,000 Canadian dollars over the course of three years,” said the report. “To date, the monitor has been unable to account for what happened to the proceeds of the sale of the cryptocurrency through the third exchange.”