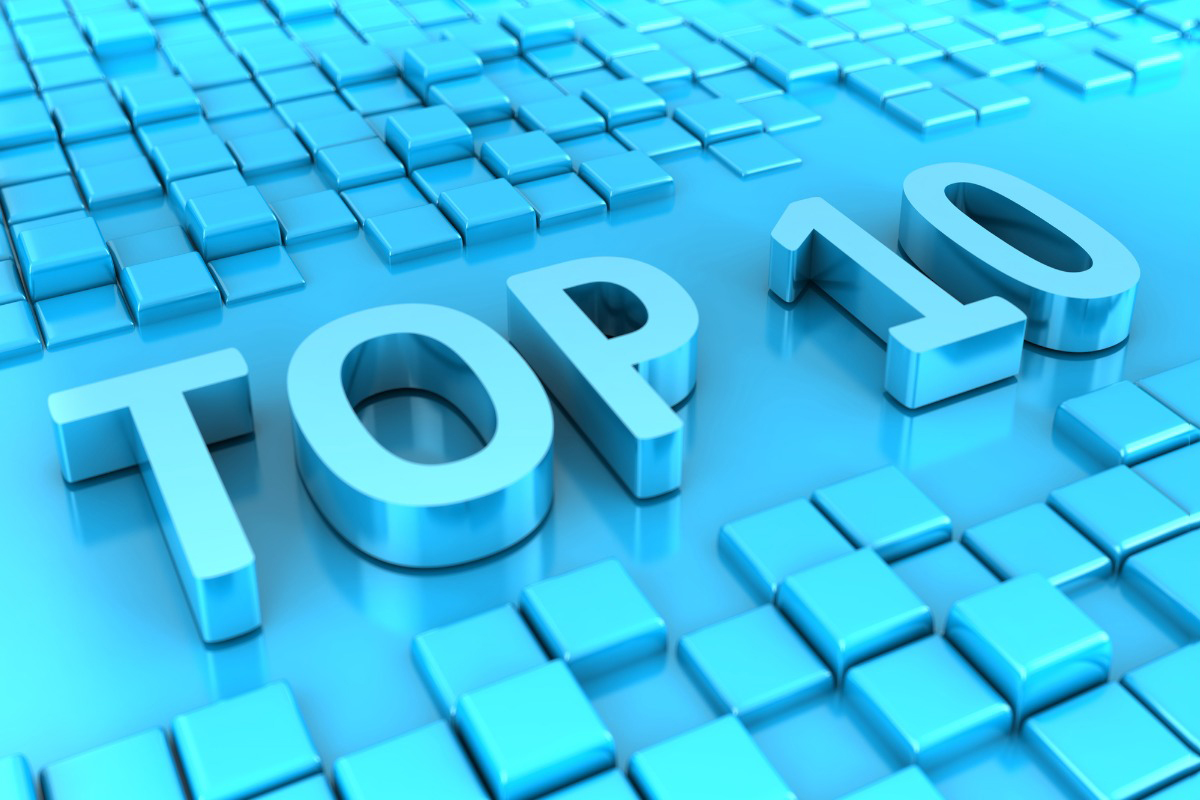 High-profile cases dominated the class-action litigation landscape in 2022, with cases including Twitter and Teva in the United States settling last year.

A brief review of the 10 largest 2022 U.S. shareholder class action settlements are as follows:

Just moments before the scheduled start of a jury trial in September 2021, investors and Twitter agreed to an $809.5 million settlement, which was legally approved in late 2022. Investors had alleged—through an initial complaint filed in September 2016—that the social media company misled shareholders during a six-month period in 2015 about growth prospects and user engagement. The company specifically promised investors that it would increase active users to 550 million in the intermediate term and to more than a billion in the long term, when it purportedly had no basis for those numbers. The executives allegedly knew or deliberately disregarded that by early 2015: Resolved after more than six years, this resolution became the 19th largest U.S. settlement of all time (second largest in the Northern District of California, behind the ). Shareholders were represented by co-lead counsel firms Robbins Geller Rudman & Dowd LLP and Motley Rice LLC.

The $420 million settlement between Teva and investors resolved allegations that the company engaged in a generic drug price-fixing conspiracy that allowed it to drastically raise prices as high as 1,000% on generic drugs from 2013 to 2015. The Israeli drug manufacturer allegedly misled investors into believing that the company’s remarkable growth was due to fundamental business strategies. The lawsuit alleged that it was the company’s collusive price hikes that allowed it to reap more $2.3 billion in profits. The case followed sweeping criminal investigations by the U.S. Department of Justice and 20 state attorneys general into the pharmaceutical manufacturer for allegedly conspiring with five other competitors. In 2020, the U.S. Department of Justice formally charged Teva with three counts of criminal conspiracy. The class action settlement with investors was reached after the parties completed extensive fact and expert discovery and more than five years after the filing of the initial complaint in November 2016. The settlement ranks among the five largest securities settlements ever paid by a pharmaceutical manufacturer. Shareholders were represented by Bleichmar Fonti & Auld LLP as lead counsel.

The complex U.S. class action against the Chinese-based Luckin Coffee, which filed for bankruptcy in the Cayman Islands, was legally resolved in July 2022, resulting in a $175 million payout for investors. Shareholders had alleged that Luckin, a rival to Starbucks, engaged in a widespread fraudulent scheme to falsify more than $300 million in revenues. The tech-focused coffee chain allegedly touted its meteoric growth in revenues to attract more than $1 billion in investment from both the United States and Asia as part of an initial public offering in May 2019 and a secondary public fffering in January 2020. However, the suit alleged the company’s growth was a sham, with the sales based on fabricated transactions with related parties linked to the company’s former chairman and CEO. After a series of public admissions by the company, Luckin’s American Depositary Shares plunged from an all-time high of $50 per share in January 2020 to less than $2 per share before they were delisted from the NASDAQ exchange in June 2020. Once seen as one of China’s fastest growing companies, Luckin soon became the target of criminal and civil investigations by regulators on two continents and was forced into liquidation proceedings in the Caymans. While in liquidation proceedings, the class on behalf of ADS purchasers was provisionally certified for purposes of negotiating a settlement, and settlement terms were subsequently reached in September 2021. In addition to the company, the settlement resolves allegations against its officers and directors, as well as the various underwriters of the IPO and SPO, including Credit Suisse. Shareholders were represented by Bernstein Litowitz Berger & Grossmann LLP and Kessler Topaz Meltzer & Check, LLP. The class action settlement is the second largest award ever paid by a China-based company.

Separately, Luckin reached a $7 million partial settlement in the Supreme Court of New York with holders of convertible senior notes and also agreed to pay $180 million in civil penalties to the Securities and Exchange Commission to settle similar accusations.

After 8 1/2 years from the complaint initially being filed in October 2013—and just one day prior to jury selection for the scheduled trial—BlackBerry agreed to resolve its U.S.-based shareholder class action with a $165 million payout. The case stems from a six-month period in 2013 during which BlackBerry allegedly misled investors by inflating the success and viability of its BlackBerry 10 line of smartphones. Per the investor complaint, the platform was poorly received by the market and caused the company to write down nearly $1 billion in charges related to unsold devices and to lay off approximately 4,500 employees, totaling about 40% of its total workforce. U.S. District Judge Colleen McMahon had previously denied BlackBerry’s request to dismiss the action at summary judgment, stating “genuine issues of material fact” were evident. Shareholders were represented by Kahn Swick & Foti, LLC as lead counsel.

Of note to investors, a separate shareholder class action in Canada is also being pursued against BlackBerry. The initial complaint in this case was filed in December 2013 in the Ontario Superior Court of Justice.

While a settlement was initially resolved in 2017, a last-minute appeal and a lengthy process caused this investor action to receive final settlement approval in June 2022. Allegations related to the financial crisis from more than a decade ago, when a number of financial institutions—including Deutsche Bank Securities, RBS Securities and Wachovia Capital Markets—misled investors within offering documents on various securities issued by NovaStar Mortgage. Specifically, the material within the filings failed to disclose that loan collateral was not originated in compliance with company guidelines and that there had been no assessment of borrowers’ credit worthiness. Shareholders were represented by Cohen Milstein Sellers & Toll PLLC.

Granite Construction’s $129 million settlement resolving allegations that it manipulated financial statements to overstate revenues in 2018 received final approval in May 2022. The complaint, initially filed in August 2019, specifically alleged that the construction company employed fraudulent accounting techniques in preparing financial reports in order to hide or understate significant cost overruns in four large infrastructure projects. After the lawsuit was filed, Granite launched an internal investigation and issued a restatement in February 2021 of all of its financial statements during the class period. The company and its former senior vice president also agreed to pay a $12 million civil penalty to the SEC related to the alleged fraud. The class action settlement was resolved following the depositions of three Granite fact witnesses and the preparation of an additional 12. According to the plaintiff’s motion for settlement approval, the settlement represented approximately 20% to 30% of the estimated range of recoverable damages, which is nearly 400% more than the median recovery in such cases. Bleichmar Fonti & Auld LLP served as counsel for lead plaintiff representing the class.

After more than seven years of litigation, Walgreens, Inc. (now known as Walgreens Boots Alliance, Inc.) and investors reached a $105 million settlement for alleged fraudulent conduct in 2014. The retail drug chain was alleged to have concealed or failed to fully disclose the impact of generic drug price inflation and reimbursement pressures. The misstatements were made when the company set long-range goals for fiscal year 2016 as part of its merger with Switzerland-based pharmacy company Alliance Boots GmbH. The litigation, which involved a bifurcated class certification and discovery process, was lengthy and protracted before being resolved. The lead plaintiff filed an amended complaint more than three years after the consolidated complaint, and at summary judgment, the defendants filed a motion for partial reconsideration of the judge’s decision and won. As the parties began to prepare for trial, a settlement was agreed in May 2022. Shareholders were represented by Kessler Topaz Meltzer & Check, LLP as lead counsel.

This $100 million settlement between the Denmark-based global healthcare company and investors who purchased American Depository Receipts received final approval in July 2022. According to the complaint, Novo Nordisk assured investors that the company’s sales and profits would continue to grow significantly, and it would not be subject to the same pricing pressures from pharmacy benefit managers that its competitors faced. However, Novo Nordisk faced these exact pricing pressures, which was disclosed to the market beginning on August 5, 2016. After the conclusion of fact discovery and while the motion for summary judgment was fully briefed, the parties reached this settlement. Shareholders were represented by Bernstein Litowitz Berger & Grossmann LLP and Robbins Geller Rudman & Dowd LLP as co-lead counsel.

A separate shareholder action in Denmark with similar allegations also settled, but without any admission of liability or any financial benefits paid to investors.

Founded in 1996, Stamps.com touts itself as a key service provider that enables small businesses, enterprises and online retailers to print United States Postal Service-approved postage. To this day, Stamps.com continues to promote the USPS as its primary business partner. However, a complaint filed in the Central District of California by shareholders May 2019 alleged the company hid a deteriorating affiliation with the USPS, which led to an artificially inflated stock price. Specifically, the company is accused of failing to disclose that its reported revenue and earnings growth from May 2017 to May 2019 stemmed in large part from improper and unsustainable business practices. When this news came to light, the company’s stock price plummeted to a close of $83.65 on February 21, 2019, a decline of over 57% from the previous closing price of $198.09. A $100 million tentative settlement was announced on June 4, 2021, with the official sign-off and approval occurring on March 17, 2022. Shareholders were represented by the Indiana Public Retirement System as lead plaintiff, with Robbins Geller Rudman & Dowd LLP as lead counsel.

The only top U.S. settlement within this report to resolve in a state court, this breach of fiduciary duty action is related to allegations Clayton Dubilier & Rice LLC, a private equity firm, secured a $2.6 billion merger of NCI with one of its companies, Ply Gem Parent, LLC, at an unfair valuation. Investors specifically claimed in an initial complaint dated November 19, 2018, that Clayton Dubilier used its effective control of NCI to make it pay $1.2 billion for privately held Ply Gem three months after Clayton Dubilier paid $683 million for the same business—a $600 million windfall. The case partially survived a motion to dismiss before Vice Chancellor J. Travis Laster in the Delaware Court of Chancery in February 2020, with Clayton Dubilier and the majority of the director defendants unable to escape the class action.