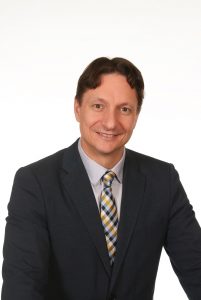 Jean Michael has joined the Investment Management Corp. of Ontario, which manages public pension plans, as its chief investment officer.

Michel, a 20-year pension veteran, steps into the role after two years with the $224.3 billion Caisse de dépôt et placement du Québec (CDPQ), which runs Quebec’s public pensions: a seven-year run as president of Air Canada Pension Investments; and more than a decade at Mercer consulting group. At Air Canada, he took its 14 insolvent pension plans and restructured them into a surplus position.

Known for his portfolio construction, Michel said he was looking forward to the challenge and building a “world-class organization” in the Ontario investment firm when he starts in July.

Although the Ontario management company manages C$60 billion ($45.1 billion) in assets, it is relatively new on the scene, founded in 2016. Like most Canadian pension plans, it operates independently of the government. Its first clients were the Ontario Pension Board and the Workplace Safety and Insurance Board. The fund grew to its current size in just a year. It is Canada’s ninth-largest financial institution.

Most of the fund’s money is in publicly traded equities (41%), fixed income and money markets (22%), and real estate (14%), according to its website. The rest is in diversified markets, private debt, private equity, absolute return, and infrastructure.