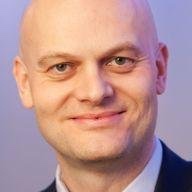 Photo of Julian Mund from LinkedIn

“We considered who would be the most appropriate fit for the role as well as consulting our strong succession plans, and Julian’s appointment is a result of those,” said Lesley Williams, current chair of the PLSA, in a statement. “He has successfully led the PLSA team during a very uncertain time, ensuring stability and the continuity of our work.”

Mund is currently the acting CEO, and has been the PLSA’s commercial services director since 2013. He replaces Joanne Segars, who announced her resignation in April to pursue a portfolio career.

“As chief executive, I want us to champion and focus on the areas that matter most to our members, and help us to provide a strong foundation for people’s retirement income,” said Mund in a statement.

Mund has a degree in mathematics from London University and a master’s degree in policy research from Bristol University. He is a Fellow of the Royal Statistical Society and a Member of the Institute of Directors.

The PLSA’s members include more than 1,300 pension plans with 20 million members and £1 trillion in assets ($1.3 trillion).