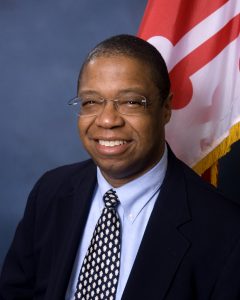 Mansco Perry, executive director and CIO of the $96 billion Minnesota State Board of Investment.

Mansco Perry, executive director and CIO of the $96 billion Minnesota State Board of Investment —who will receive the Lifetime Achievement award at the ninth annual CIO Innovation Awards dinner— embodies the values that drive much of the CIO community.

Take his reason for relishing the CIO role: it’s the intellectual challenge of investing, backed up with the enormous social impact that comes from doing it right.

“I have a strong belief in the mission of the organizations that I’ve been associated with and the role of the portfolio provides in achieving that mission.  That’s as purposeful as the fun that one has managing portfolios. They portfolios exist for very purposeful reasons,” Perry told CIO.  “On the pension side, it’s to ensure that a lot of hardworking people are able to have retirement income security. On the endowment side, I worked at a college, and portfolio enables the college to give scholarships and provides the necessary resources required to give people a quality education. It’s kind of the purpose of what we do that’s pretty important to me.”

When it comes to investing, keeping it simple and focusing on the fundamentals are central to his philosophy.

“I talk about things being simple. I believe investing, if you really think about the basics, is really simple. I believe there’s really only two things an investor can do. No, it’s not buy and sell. An investor either owns something or is lending to an entity of some sort,” he said. “That’s all you do. You either own or you lend. If you own, you want to be owning things that are going to give you a pretty nice return for the risk you’re taking   investing in it. If you lend to something, you want to make sure you’re getting your money back and you’re getting reasonable return for making the loan.”

And while the amount of financial products has grown vastly in the decades he has been investing, Perry keeps his eye on the fundamentals. “There are all sorts of variations on investing now. Back in the ’70s, it was pretty easy. In a portfolio, you pretty much had chocolate, vanilla, and strawberry. In other words, equities, government bonds, and cash,” he said. “Well, now you’ve got mocha mint, tutti-fruity nut, and marshmallow pistachio, in other words, variations of equities, bonds, and how they’re packaged.  Still, the basics are, you’re either owning something or you’re lending to someone.”

That focus on the fundamentals has served him admirably. With Perry at the helm, Minnesota has consistently delivered top quartile performance in its peer group over the last five years with an average return of 9.5%.  In the last two it has been among the best performing public pension plans, including an 18.3% return for calendar year 2017.

“I’m looking forward to attaining the big 100,” he quips, about crossing the $100 billion assets under management mark.

The track record at Minnesota follows a career of innovation and leadership. At Macalester College, where he managed the schools investments between 2010 and 2013, Perry led the effort to view the schools portfolio beyond the traditional asset allocation mix and in a holistic, macro sensitive way of viewing the purpose of the different types of assets the portfolio invested in – being on the leading edge of implementing many of the lessons the investment community learned from the financial crisis.

Perry is quick to spread credit for his performance. He credits his predecessor and mentor Howard Bicker and even luck for the success of Minnesota’s program (even as fellow CIOs laud his leadership since having taken the helm).  “I feel fortunate to have had the support of a lot of dedicated board members, colleagues, and friends in the industry to help over the past 30 plus years.”

The reason for delivering that performance, though, is crystal clear. “It’s the mission that’s the key,” he said.  “At Macalester it was funding scholarships and the educational works. And at Minnesota and Maryland, the objective is to help the hard working public employees and teachers retire with income security.”

By Vishesh Kumar
LOG IN TO JOIN THE CONVERSATION